Aspect Goes Back to its Enterprise Roots

Aspect is listening to its outbound and WFO customers and delivering modernized cloud and premises solutions. 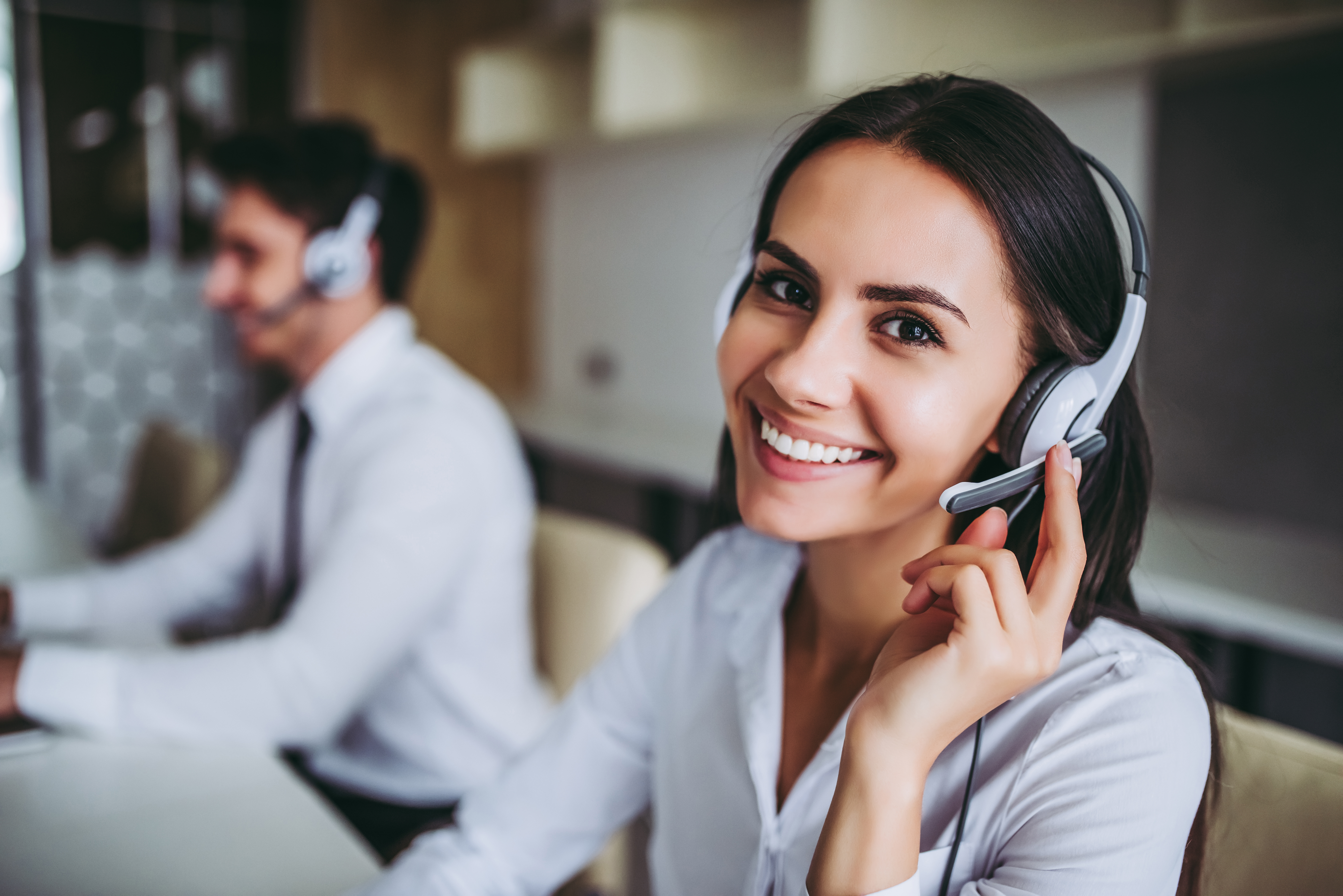 Image: © Vasyl - stock.adobe.com
When introducing myself, either to a new colleague or an audience during a webinar or speaking engagement, I often say that I have been a full-time contact center industry analyst since 1990. I can easily anchor that point in time because it was the same year that a report I authored, ACDs in the 1990s, was published.
After spending a day last week with the new Aspect Software leadership team, I was prompted to pull out that report because of one statistic offered by Aspect’s CEO, Patrick Dennis. First, the historical reference.
The table below summarizes market share, based on revenue, for the major players in the then ACD market for 1989, and forecasts for 1990 and 1995. AT&T and Northern Telecom (what would be Avaya today) were forecasted to move from 44.3% to 48.1% market share over the period. Rockwell and Aspect (both part of Aspect Software today) had 16.1% of the market forecast to increase to 22% by 1995. 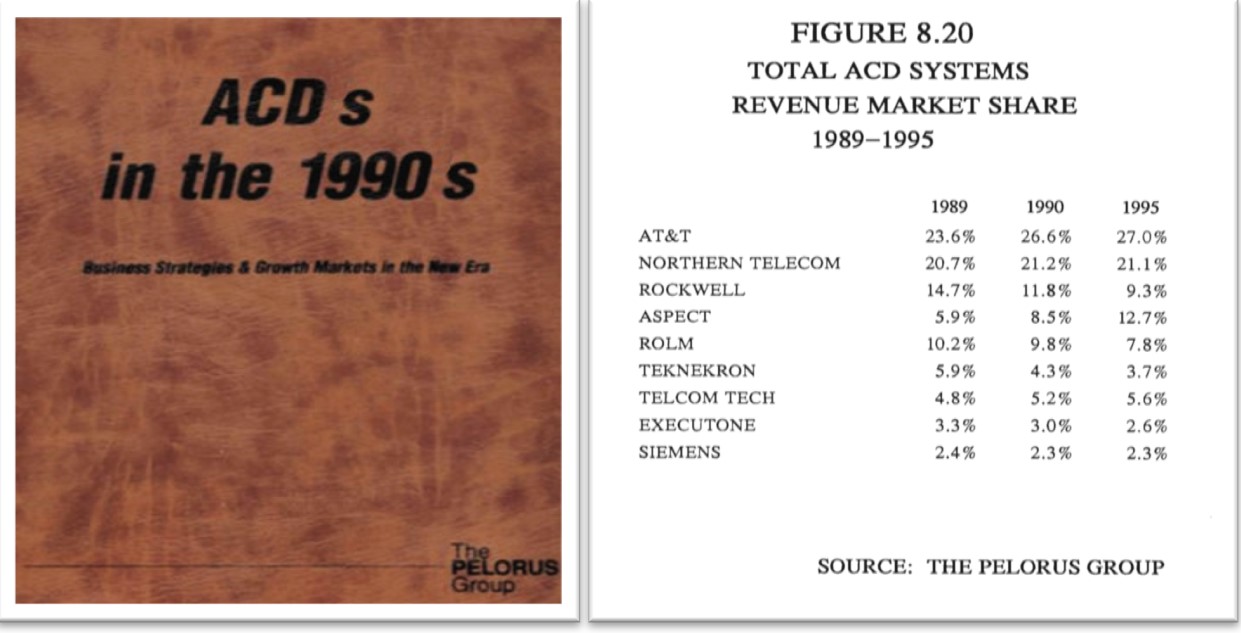 Note, the comparison is for total revenue. Comparing the number of systems sold in 1989, the Avaya legacy companies sold 2,983 systems, while Aspect and Rockwell sold just 178. AT&T/Nortel earned just twice the revenue selling 17 times as many systems. The point here is that systems sold by Aspect/Rockwell were significantly larger, with more agents and features, than those sold in conjunction with PBXs.
The statistic that drove me to this 30-year analysis is shown below. The chart shows that since Vector Capital acquired Aspect in February 2019, the net-number of agent seat software the company has in its installed base has increased from 1.93 to 2.19 million. 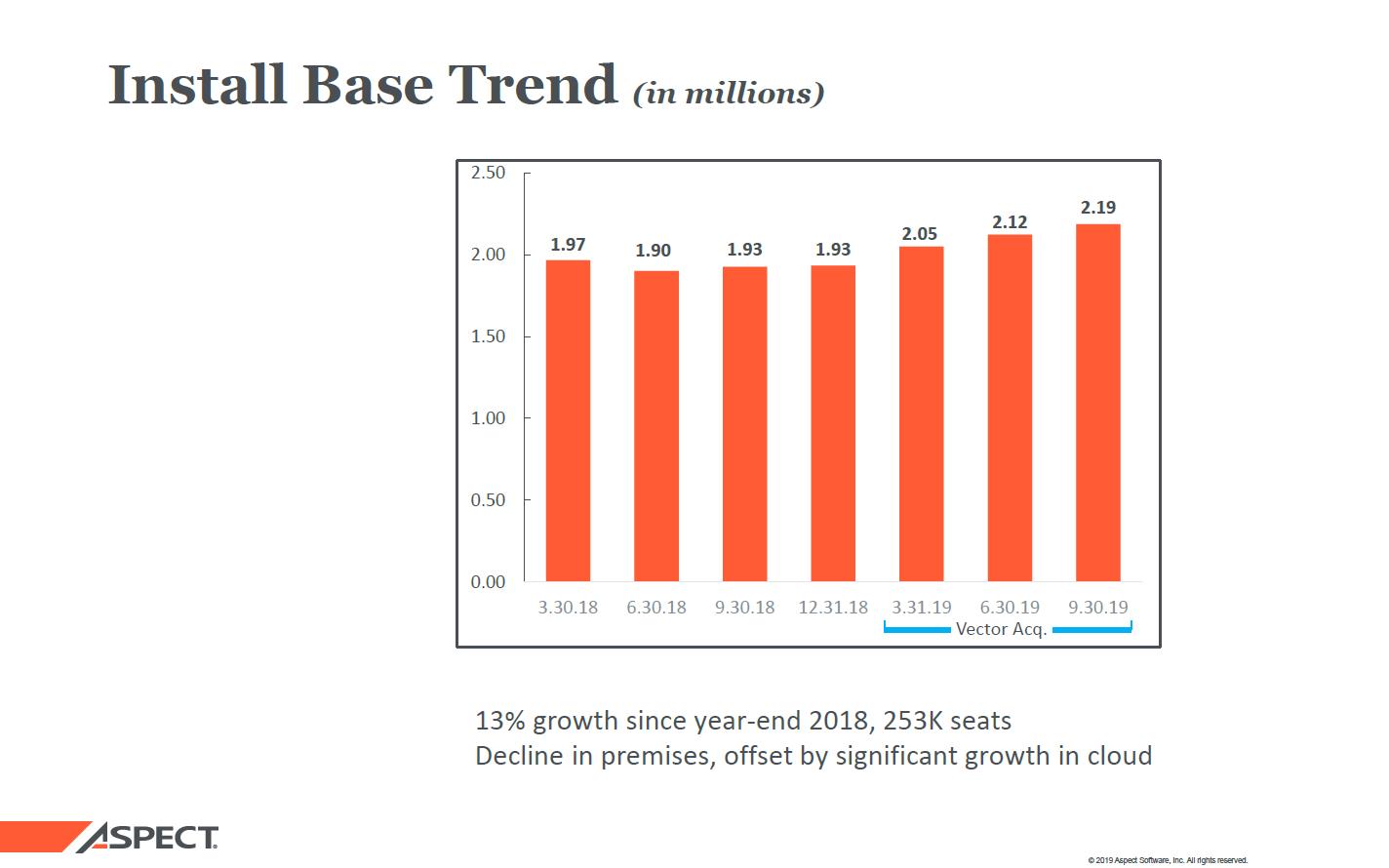 It’s the two million agent seat figure that gave me pause. We know from recent presentations that Avaya reports 5.5 million seats in its base, Cisco 3 million, and Mitel over one million. What’s different in Aspect’s number is it includes both contact center licenses and workforce optimization (WFO) – historically, Aspect has had strong products for both markets. But it’s still a number in the millions, and most in this market would likely not have guessed a number half that high.
The other noteworthy thing is the growth in just three quarters (253,000 seats). The 13% growth is perhaps best compared to Genesys, also private equity owned. Genesys proudly reported its year-over-year cloud growth at 70% in September. Its overall growth, accounting for shifts from premises to cloud, is likely not dissimilar from what Aspect reported.
The takeaway from these figures is that while Aspect was trending flat to down for the four quarters before being acquired by Vector Capital, it’s now trending nicely up. The reasons harken back to my title – the new Aspect management team is doubling-down on the needs of their Fortune 50 customers, some from decades past.
Aspect customers include four of the top five commercial banks, eight of the top telecom providers, and six of the top six airlines. Likely, many of those companies are also on the customer lists of Avaya, Genesys, or Cisco. Even as Aspect customers choose a different contact center vendor for their primary routing application, they stick with Aspect for two core capabilities: predictive outbound and workforce optimization.
Instead of building a complete cloud contact center and WFO suite, with little money, the Vector Capital team is listening to its outbound and WFO customers and delivering modernized, enterprise-scale cloud and premises solutions. Early indicators show it's a strategy that is working.