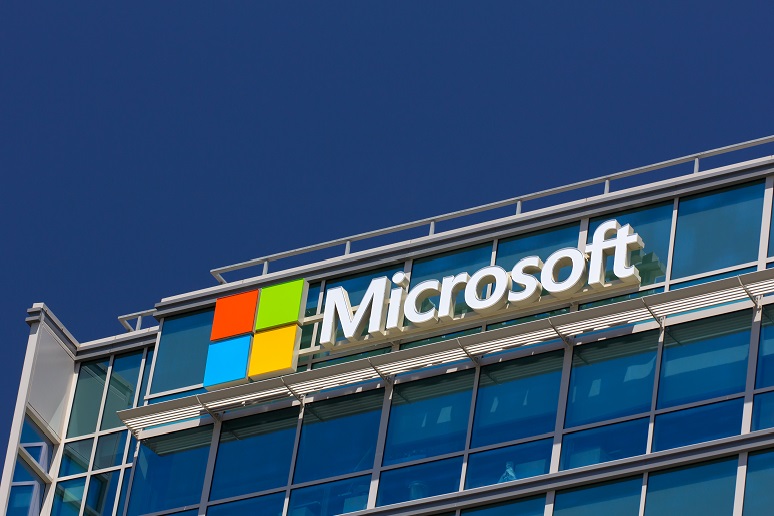 Image: wolterke - stock.adobe.com
Last month, Netherlands-based Anywhere365 announced its Dialogue Cloud solution was the first to be certified by Microsoft in their Connected Contact Centers program for Microsoft Teams. Microsoft Teams gained broad acceptance across enterprises across all sizes and verticals in 2020, explored during a January 2020 Enterprise Connect Virtual Summit, Connecting with Microsoft Teams.
Those who follow Microsoft Teams know that while it has some rudimentary call center functionality, companies that use Microsoft unified communications (UC) and collaboration typically partner with a contact center vendor for their customer care applications. Integration between the contact center and Teams users have been plagued by both the oft-changing generations of Microsoft UC platforms (and corresponding SDKs) and the limited amount of integration possible - rarely delivering the seamless operation enterprises require.
Through the years, Anywhere365 has been known as a contact center vendor that works almost exclusively in conjunction with Microsoft UC platforms. With the recent explosion of Teams users globally and the new certification program for contact center platforms, it seems like a good time to take a closer look at Anywhere365.
Company Overview
Anywhere365 was founded in 2011 in The Netherlands to develop a Microsoft-centric cloud contact center platform. The company has additional offices in the U.K., Europe, Australia, and the U.S. In 2019, Anywhere365 received an investment of approximately $48 million from Bregal Milestone, a pan-European growth capital firm, followed by another $24 million in 2020. By mid-2020, the company reported more than 1,800 customers in 60 countries, including multinationals such as Philips, Royal Dutch Shell, Rabobank, Société Générale, Nestlé, and other enterprises such as Swarovski, DHL, and USG People.
In July 2020, Anwhere365 expanded with the acquisition of PeterConnects. Its attendant and receptionist products are designed to work on Microsoft Teams, Skype for Business and Cisco Unified Communications Manager, Webex Calling, BroadWorks, and BroadCloud. With 1,500+ customers worldwide, PeterConnects is also headquartered in The Netherlands, with additional locations in Belgium, France, Germany, and the U.K.
Dialogue Management
Anywhere365’s applications are built on the globally-deployed Anywhere365 Dialogue Cloud, which uses AI, machine learning, and Microsoft Azure to assess, route, and translate inquiries from across the world and multiple channels. During an interview with Gijs Geurts, CEO, Anywhere365, I learned that he prefers the umbrella term “dialogue management” to describe the company’s family of applications, not the contact center, as shown in the graphic below. 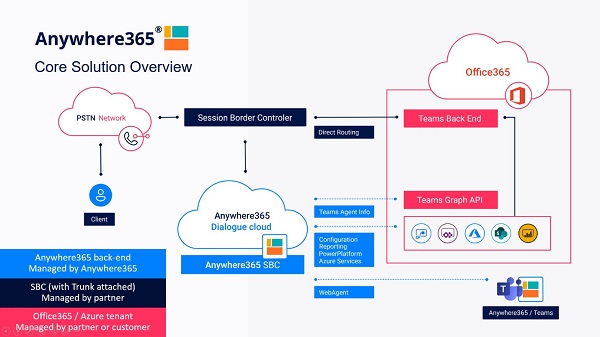 Image: Author
Geurts perspective is, “The difference between the contact center approach and the dialogue management approach is that we believe that everyone in an organization is part of any dialogue.” My immediate reaction was to push back and say the notion that everyone in the enterprise is part of the contact center is one that was floated 10-15 years ago but never took hold. Companies didn’t want to think about purchasing contact center licenses for all of their employees. Engineers and product managers didn’t want to be accessible to an agent to speak on random customer calls.
“At that time, there was no single UC platform like Microsoft Teams,” responded Geurts, and explains why that makes all the difference. If a large proportion of businesses are now using Microsoft Teams, there’s no reason for a business to maintain two versions of presence, one for agents and one for enterprise users. Anywhere365 doesn’t introduce the concept of agent presence; it uses Microsoft Teams presence for its agents.
What does a single version of presence mean for a business? Anywhere365 not only tracks the conversations a customer has with the contact center, but it also tracks them with any enterprise user on Microsoft Teams. That means if a customer is transferred outside of the contact center, Anywhere365 continues to track the conversation after the transfer. Anywhere365 can then report on the time a customer spent with your entire organization, not just the contact center.
Beyond Microsoft Teams
Beyond Microsoft Teams, Geurts maintains that Anywhere365 is the contact center solution that integrates best with Microsoft Dynamics365 CRM. It does this natively, with a Dynamics panel built into the Teams Client. As shown in the graphic below, Anywhere365 is powered by and integrates with the entire ecosystem of Microsoft solutions. Note that using a Dialogue Studio tool, Anywhere365 also integrates with other AI tools, including Google Dialogflow. 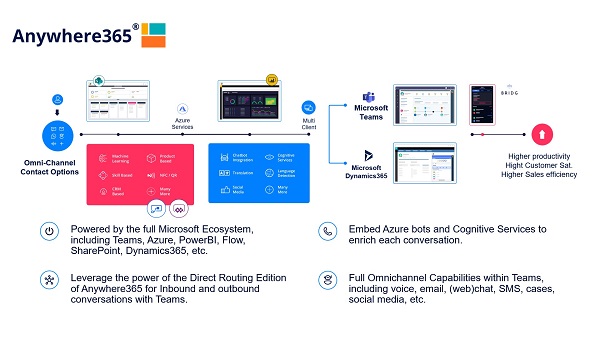 Image: Author
It’s no surprise how Geurts responded when asked about the 95% of his customer base using Microsoft Teams—with Microsoft Teams growing, as Geurts describes, “in the triple digits, 200-300%.” While it’s sometimes challenging to understand the transitions from Skype for Business to Microsoft Teams, for the past 10 years, Anywhere365 has followed that journey with Microsoft, focusing on delivering a state-of-the-art Microsoft Teams contact center application for those who choose Microsoft.
I would be remiss if I didn’t mention that fourteen different contact center solutions have completed or are in the process of certifying their solution for Microsoft Teams. Since I began this post, ComputerTalk has also finished the certification process and the remaining 12 include Five9, Genesys, and NICE inContact.