The only way to ensure you're getting the most cost-effective network services is to do the math, including a proper surcharge analysis.

By now, enterprise customers should be aware of the spiraling costs associated with federal Universal Service Fund (USF) regulatory fees assessed on U.S. carrier services and which are "directly regulated by the FCC." If not, listen to this TechCaliber podcast for a discussion of the challenge.

As of first-quarter 2018, the USF percentage is 19.5% (up more than 100% from the first quarter of 2009). Even worse, when applied (on top of) the various other carrier fees (e.g. property tax, cost recovery or administrative expense), the total USF impact can increase a user's service charges by 21% or more. Add to that those other carrier surcharges, and the total overhead can now be more than 30%. This excludes state and local taxes! In high tax states, we have seen recent examples where surcharges and taxes have exceeded 50% of the monthly recurring services charges. That's a 50% uplift on the headline rates for services. 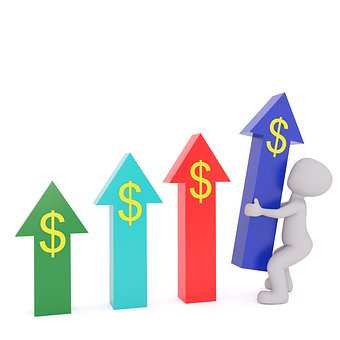 Less well known are the differences in the way carriers apply surcharges to their services. The "directly regulated by the FCC" rule is loosely interpreted, in that some carriers assess USF on services that other carriers do not. All of them assess USF on local access components, but surprisingly some also assess USF on what would typically be considered non-regulated services, such as private IP.

For example, a domestic MPLS or VPLS network quoted by Level 3/CenturyLink would incur surcharges overhead of nearly 30% on the sticker price for ports and class of service (CoS) when compared to those same network components quoted by AT&T or Verizon. Neither AT&T nor Verizon apply surcharges to MPLS ports, VPLS ports, or CoS.

This can be even more misleading when considering different supplier pricing structures. Historically, Level 3 has tended to have lower port charges but higher charges for CoS. The result is that Level 3's ports can look stunningly cheap, while the overall costs can paint a very different story when factoring in logical charges such as CoS and applied surcharges. Thus, a total rather than component cost assessment and comparison is a must.

Importantly, the impact of surcharges should be factored into the business case assessment for new networking solutions such as software-defined WAN (SD-WAN). Here, some of the network transport options aren't subject to the same level of surcharges as MPLS. We're not aware of any carriers that currently assess USF on dedicated Internet access (DIA) ports or business broadband charges. So, the headline comment "some DIA costs as much as MPLS" may not always be quite as true as you think. This revelation can bolster the cost case for SD-WAN solutions using a portion of their network as public IP, especially when compared against Level 3/CenturyLink MPLS or VPLS services.

Determining how carriers assess USF charges isn't always easy. Keeping with Level 3, the invoices are very different from other providers, and identifying the various service components that constitute a circuit based on the circuit identifiers and/or service descriptions from inventory reports is complex. Backing into the various surcharge levels based on service components isn't easy. In some cases, carriers bury federal surcharges in state-level line items.

Don't get this wrong, Level 3/CenturyLink may still have the most cost-effective transport or network services offer for your enterprise, but unless you do the math and include a proper analysis of surcharges, you may not truly know.

Pat Gilpatrick and Mark Sheard are consultants with TechCaliber Consulting, a global technology and telecoms consultancy that advises the world's largest companies on strategies for reducing their costs for telecoms and technology products and services. They can be reached at [email protected] and [email protected], respectively.