Often triggered by business events, larger enterprises are starting to look at their cloud communications options.

Unified Communications as a Service (UCaaS) is a hot topic these days. Market research is predicting strong growth in the segment, corresponding to declining growth projected for the PBX market. Yet the lion's share of the UCaaS growth continues to come at the low end of the market, even as the pure-play cloud providers are jockeying to move upmarket and convince enterprises that they can play in the bigger installations. I recently had a chance to see how one such provider is approaching the challenge.

On a recent trip to the Bay Area, I visited 8x8's headquarters in San Jose, where I caught up with Enzo Signore, the industry veteran who took over as the cloud provider's CMO last year. He told me that while the bulk of 8x8's customer base remains in the sub-50-seat market, the company has made some inroads upmarket that are significant not only for their size, but for what they show about the case for going to the cloud. 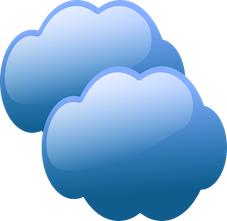 8x8 had brought a few such customers to Enterprise Connect last March, including ChenMed, a Florida-based health care provider with 1,400 users. Since that time, things have picked up, according to Enzo, who cited a 9,000-seat, 111-country installation that 8x8 won in June, and a 4,400-seat customer that the provider began deploying in August.

What those two customers had in common was a need to move quickly, Enzo explained. The 9,000-seat installation came on the heels of a merger that had brought the customer an array of multivendor legacy PBXs. It'd had a system integrator managing the heterogeneous environment, and was coming hard up against an expiration of that contract. It either had to sign a new long-term deal or make a change quickly. It opted for the latter course, and chose 8x8 because of its global reach, particularly its strength in the Asia-Pac region.

Similarly, the 4,400-seat customer needed to move quickly, and again 8x8 accommodated that requirement -- the company placed the order on July 10, and 8x8 rolled out the first 2,200 seats by Aug. 5, Enzo said.

8x8 is seeing larger accounts look to the cloud after "trigger events," like the soon-to-expire SI contract, or, in the case of other 8x8 customers, lightning strikes that downed an old PBX or hurricanes that knocked out systems and pointed up the need for the kind of resilient architectures the cloud provides, Enzo said. These two factors -- business agility and resiliency/disaster recovery -- were among the most-cited justifications for considering cloud communications when we surveyed our audience this past spring (see this chart in the slideshow I recently put together on the survey).

Enzo and I also discussed TCO, which our survey found, surprisingly, was also among the top-mentioned reasons for going to cloud comms -- especially for larger (5,000+ employee) enterprises. This issue is a real bone of contention in debates over cloud communications -- studies based off Enterprise Connect RFP sessions have shown five-year TCO to be higher for cloud than CPE, but clearly not all enterprises believe it's so.

Enzo insisted that TCO analyses favoring CPE assume that those implementations will go flawlessly and, even more critically, that nothing dramatically changes within the business's communications environment -- just the opposite of the situation that 8x8's new large customers experienced. This is a point that UC analyst Dave Michels has made on No Jitter; he's talked about cloud's business agility as "reducing risk" to enterprises operating in an ever-changing world.

One final point: Things may be evolving, but even as younger companies opt for more softphone and mobile deployments, 80% of 8x8's customers still want hardphones, according to Enzo. Furthermore, even when customers move communications to the cloud, it's not a sign that voice is commoditizing or becoming less important. "Is telephony critical as a business application? Absolutely," he told me. "There is no 'good enough.' People expect a lot out of communications."