As the communications world turns, this week saw contact center updates from both the cloud upstart -- Amazon Web Services -- and the legacy player -- Avaya.

Amazon Connect, the self-service cloud contact center service AWS introduced in March at Enterprise Connect, now comes with a real-time performance monitoring dashboard. Amazon Connect users can define the performance indicators they most care about, be those related to service levels or agent occupancy, and then monitor them through their visual dashboards, as Jeff Barr, chief evangelist for AWS, described in an announcement video. The visual dashboard is available today in all AWS regions where AWS offers Amazon Connect, at no additional cost to subscribers, the company said. 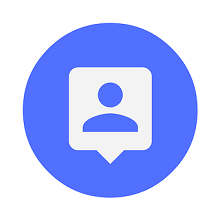 As to Amazon Connect availability, AWS this week also announced that it has extended Amazon Connect beyond the Americas and into the Asia Pacific region, through its Sydney data center. Additionally, Amazon Connect has added support for seven languages -- Spanish, French, Brazilian Portuguese, Korean, German, Simplified Chinese, and Japanese. With the language update comes a localized view in the Amazon Connect management console and contact center instances, the company said.

Avaya, meantime, introduced the Customer Engagement Cloud, a hybrid architecture aimed at enabling enterprises to deploy Oceana, the next-generation contact center offering Avaya introduced a year ago, on public cloud infrastructure, on premises, or in a combination of the two. Customer Engagement Cloud is "all software, all virtualized, all workflow-enabled, and all subscription," Karen Hardy, VP of product marketing said in a briefing.

"If a customer chooses to deploy in a virtualized infrastructure on premises, they can select a subscription for that environment. They can take it in a managed service. We have several deployments going into production leveraging Amazon Web Services, so where they get the benefit of taking a pure cloud infrastructure but the private application is made available. So, a lot more opportunity to be able to take advantage of the elasticity and on-demand infrastructure," she described. "And then as we move to more pure cloud infrastructure, multitenant, that's where the customers see some of their applications being deployed, leveraging that multitenant-as-a-service environment."

More than anything, perhaps, Customer Engagement Cloud is a roadmap for how enterprises using Aura and Elite today on premises or in private clouds can ultimately arrive at a pure-cloud implementation, Hardy said. It builds on Avaya's proof-of-concept experiences, in which many of the participants leveraged AWS for Oceana.

"More and more, they want to go higher up into a fully pay-as-you-go, as-a-service business model," she said. "That's why we played out this architecture. In time, customers will have the option to mix and match and deploy specific [Oceana] applications how they want." This includes within AWS, as well as through the multitenant BPO cloud offering Avaya announced earlier this year.

As Hardy aptly pointed out, enterprises aren't going to deploy every cool new technology for the contact center all at once. But rather, she said, "as they digitally transform, they're going to be looking at making sure they can deploy new applications quickly and easily, and bring in automation and artificial intelligence quickly and easily, and then deploy it any way they want it."