Looking Back on a Terrible Year

But wishing everybody a happy and healthy New Year, and that next year’s unforeseen events wind up being pleasant surprises. 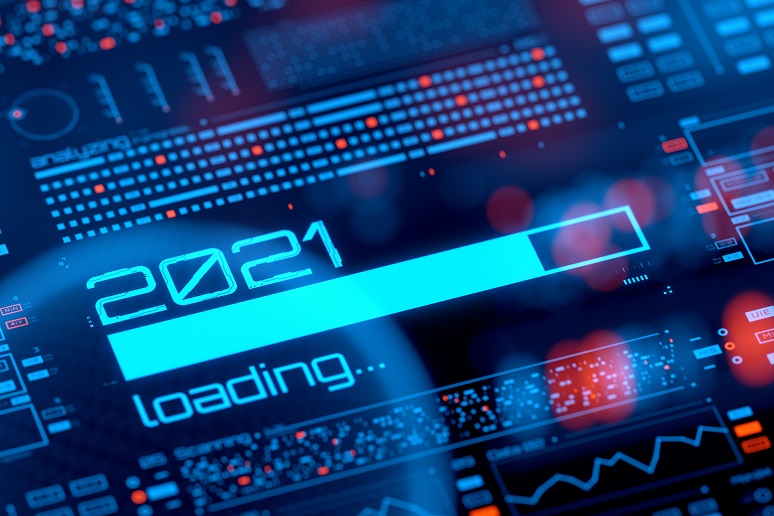 Image: Amgun - stock.adobe.com
For this last post of the year, I wanted to go back and see if I could reconstruct what life was like in our industry before the pandemic hit, so I dug into the No Jitter archives. I read December 2019 year-end predictions, January and February posts detailing the sessions planned for Enterprise Connect in March, and then the pieces that contained the first hints of what was to come.
The first post on No Jitter that directly addressed the virus — which we didn’t yet know as COVID-19 — came out March 4, from Alaa Sayed of Frost & Sullivan. Alaa recounted some of the measures that enterprise communications vendors were taking to help their customers in China, at that time still the only region affected. These included U.S.-based providers such as Zoom, Cisco, Google, and others offering unlimited meeting time on their collaboration platforms, as well as similar offers from Chinese service providers, which Alaa noted were already seeing uptake. “As a result of the outbreak, easy-to-use video conferencing tools, such as WeChat Work and DingTalk, have experienced significant spikes in adoption,” he wrote.
Reading that post now, what strikes me most was how ready our industry — vendors and enterprise IT/communications professionals — was for the impact of the pandemic, even if nobody realized at the time how prepared they truly were. People marveled, after the fact, at how relatively seamless it was for enterprises to shift entire workforces to home-based deployment. It may have been remarkable, but Alaa’s post demonstrates that it shouldn’t have been surprising.
It might be worth noting that, at least within the communications space, the pandemic opened the door to the first major technology adoption in years that was driven by the IT organization, not by end users, aka shadow IT. And ironically, the pandemic seemed to curtail business use of mobile phones, as most “calls” moved to the desktop. The smartphone had been the device, more than any other, that defined BYOD and gave end users the upper hand in the struggle with IT over whose choices would dictate corporate technology buying. I’ve heard a couple of people say they’re almost surprised now when their phone rings (at least when it’s not spam calling).
We don’t know what enterprise communications/collaboration will look like a year from now. We certainly hope it’ll be taking place in the context of a world that’s fully or at least mostly opened up again. But what that will mean for enterprise IT/comms and its end users remains to be seen. This year has killed any appetite I might have had for making predictions.
I hope everyone reading this has a great holiday season, a happy and healthy New Year, and that next year’s unforeseen events wind up being pleasant surprises. Take care everyone.

Digitalization & Cloudification: Being Prepared for What Comes Next

Don't let a mismatch between expectations and deliverables derail your digital transformation and cloud plans.

How Well Do You Know Your Communications?

When you start exploring, you may find some unpleasant surprises — but with the right approach, you may wind up with better services at a lower cost.

The latest news from Slack, Dell, Ujet, Calabrio, and Vyopta.

Cloud Case Study: When Changing Providers Can Be Good

Deciding not to renew a cloud telephony services contract can be tough, but careful planning can lead to big rewards.