Google’s CallJoy May Be Misleading

This SMB service is an exceptional value for what it does, but it comes with several gotchas. 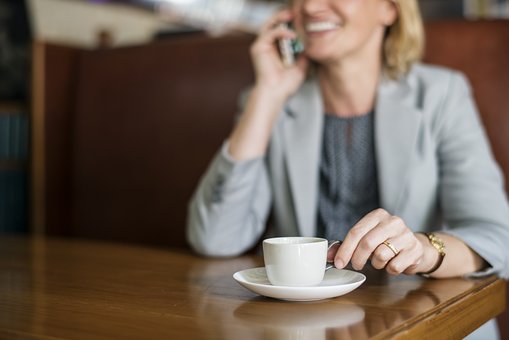 Google last week announced a service called CallJoy. It’s an artificial intelligence (AI)-powered inbound telephone service aimed at small businesses. It’s an exceptional value for what it does, but it comes with some caveats.
CallJoy is a clever inbound telephone service for a flat rate of $39/month. That price includes a local telephone number that provides call screening and robust call recording. The call recording includes searchable transcriptions. Through the CallJoy Dashboard, users can categorize and tag recordings and view basic analytics such as call volume, peak call times, and the percentage of new versus returning callers.
Although it’s a single number, Google says CallJoy can process and record up to 5,000 calls at a time. The call screening feature may be worth $39/month on its own. As individuals we may ignore unfamiliar numbers, but businesses generally have to answer their incoming lines, and the majority of spam callers will talk to anyone.
The service also offers a simple auto-attendant and deflection service. For example, CallJoy can offer to send the caller a text message that possibly includes a link to a website or reservations page.
A flat-rate telephone number, spam call filtering, unlimited recording, transcription, and more for $39 monthly is a compelling value, but there are several reasons why businesses may want to proceed cautiously.
Google announced CallJoy between two major events: Google Cloud Next and Google I/O. Presumably, it’s neither a Google Cloud service nor intended for developers. The service comes from Google’s startup incubator known as Area 120. This is where employees develop their own projects that could benefit Google. CallJoy is an innovative and clever use of several Google technologies, but it might make more sense to see if it actually lands somewhere after the incubator.
The concept of automated services for incoming calls makes a lot of sense. I can see Google and others evolving this concept much further. For example, CallJoy’s call transcription feature is fairly basic. Where’s the sentiment analysis? And, why is the user expected to categorize and tag recordings manually Also, CallJoy is fairly limited in its usefulness to the caller. Most businesses probably have a more robust auto-attendant already in place. Considering Google’s leadership in chatbots and search, why can’t it do more?
It was a year ago when Google CEO Sundar Pichai demonstrated Duplex, an outbound bot for reservations and appointments. In that demo, he pointed out that 60% of small businesses in the U.S. don’t have an online booking system. The Duplex solution automates bookings for the user, but why not address the business side? CallJoy should use its text-to-speech capabilities to integrate into reservation and appointment systems. A CallJoy service that can work with popular apps such as Squirrel Systems for table management or PrognoCIS for healthcare could be a real joy.
Dave Michels is a contributing editor and analyst at TalkingPointz.