As businesses prioritize new opportunities, evaluating an existing WAN can help them understand whether it’s a roadblock to change. 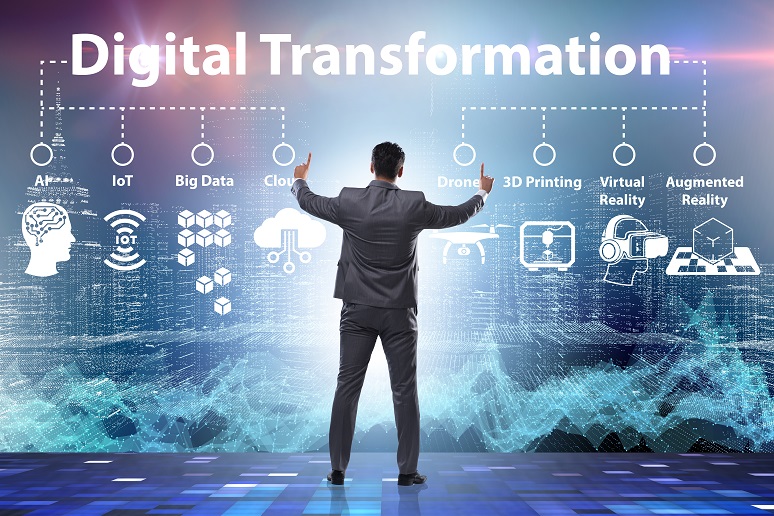 Image: Elnur - stock.adobe.com
A wide area network (WAN) must be agile, secure, manageable, and perform well in multicloud environments for digital transformation to be successful. It’s an interesting question as the COVID-19 pandemic has accelerated digital plans for companies. Microsoft’s CEO, Satya Nadella, recently stated he’s seen two years of digital transformation take place in the last two months. But are business networks ready?
Consulting group Ashton, Metzler & Associates and Cato Networks surveyed more than 200 networking professionals to find the answer in a joint report called Digital Transformation Urgency and Readiness: 2020. The polled individuals were highly involved in their company’s digital transformation initiatives, with 66% indicating they’re amid at least one business initiative.
The report’s key findings suggest the majority of businesses lack WAN agility, which is especially true for those that have multiprotocol label switching (MPLS) backbones. WAN performance is above average for most, although improvements are still needed. Operations and management are two areas where there are deficiencies, specifically the management of cloud-based services and mobile users. While security appears to have the highest level of readiness, it’s still not at 100% readiness as it should be.
Diving deeper into the report’s findings – first on the list is network agility. Respondents were asked to rate their competence to rapidly and easily accommodate adding new locations, changing network configuration of existing locations, and enabling cloud connectivity. Establishing a new site was a challenge for approximately half of the respondents.
A more detailed analysis shows 74% had a problem in at least one area because most said adding bandwidth and functionality to an existing WAN is difficult. The type of underlying backbone a business uses has a significant impact on overall agility. Those that have a mix of MPLS and Internet virtual private network (VPN) infrastructure viewed their networks as substantially more agile.
This scenario is consistent with the one-on-one interviews I’ve had with network managers. Legacy networks are notoriously rigid and brittle. My research has found that the average time it takes enterprise-class companies to make a change network-wide is four months. That’s an eternity in the digital era and can significantly hold companies back from moving ahead with digital initiatives. The work from home wave, driven by COVID-19, exacerbates the problem as legacy WANs need to expand to people’s homes, which is typically done with complicated and expensive VPN infrastructure.
Compared to agility, 77% of respondents said their network is highly secure, while 13% disagreed. Businesses still struggle with implementing policies to control user access to applications, even though the technology is vastly available. Fewer than half of the respondents felt they could secure cloud apps and mobile workers to the same extent as the core network.
In terms of network performance, the scores were slightly lower (59%) than security and show that suppliers need to be reevaluated. According to 45% of respondents, network problems were flagged by users before IT noticed them. This issue demonstrates IT needs better tools for identifying and resolving network problems since users are directly impacted if a WAN isn’t performing well.
The category where businesses expressed the most confidence in network performance is real-time traffic – both voice, and video – across packet-based networks. Performance for real-time traffic scored higher than large file transfers. The findings are surprising, considering today’s businesses can easily acquire low cost-per-bit-per-second bandwidth, which can offer exceptional performance for large transfers.
Lastly, the scores for operations and management were also unsatisfactory. As noted earlier, a major challenge for businesses is the management of cloud resources and mobile users. The report recommends choosing suppliers that can provide this level of administration as an integrated whole, not as an add-on. The need to support mobile users will only continue to grow as more businesses move to the cloud.
Each business will approach digital transformation in different ways. Still, the level of WAN readiness hinges on several factors. If a business is already amid a digital initiative, the probability of success will depend on whether a network can perform at a high level. But those in the planning stages still have time to make critical network changes.
The report recommends using “urgency” as a measure for the timeframe in which the WAN is ready for digital business. Evaluating an existing WAN can help businesses understand whether it’s a roadblock to change. Businesses might find that their current network may already be enabling security, performance, and agility needed to support digital transformation.
Solving these problems must be the highest priority for business leaders as, for most organizations, the network is the business. IoT, cloud, work from home, video and more, are all network centric. A solid and secure network is mandatory for ensuring these initiatives do what they are supposed to do. Legacy WANs don’t cut it, and evolving to secure access service edge (SASE) is a must. That brings unprecedented levels of WAN agility and combines it with integrated security. The centralized management of SASE will also make operation simpler. Businesses can’t transform digitally with transforming the network, and SASE enables that change.