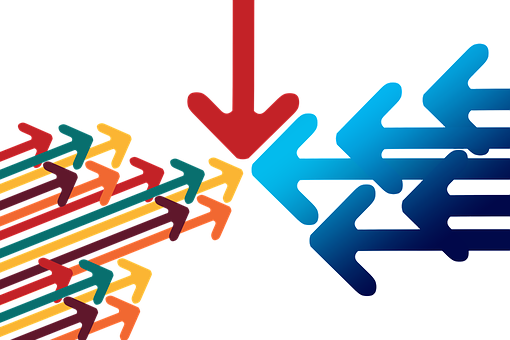 BroadSoft this week held its 20th annual customer conference, its first since its acquisition by Cisco closed in February. This year’s event attracted a large analyst contingent, intent on learning how Cisco would meld its own hosted and cloud platforms with its newly acquired BroadSoft assets -- and, perhaps more importantly, the opportunities the combined company would provide to the BroadSoft customer base for service expansion.

Prior to the acquisition, BroadSoft offered a fairly complete portfolio, including meetings, team collaboration (via its 2016 Intellinote acquisition), and contact center. Cisco, meantime, had based its cloud strategy around Hosted Collaboration Solution (HCS), enabling partners to build custom single-tenant instances of its enterprise unified communications manager platform. Separately, Cisco maintains a market leading position in the meetings space with Webex, and Nemertes found that 21% of the enterprise IT professionals using team/workstream collaboration applications have deployed Webex Teams, according to our 2018-19 Team Collaboration Research Study.

Cisco’s previous cloud strategy was a bit disjointed. Mid- to large-sized companies wishing to embrace the cloud essentially had to purchase an HCS service for voice and video calling, as well as Webex meetings for audio/video/Web conferencing, and Webex Teams for team/workstream collaboration. Participants in our research have expressed architectural concerns running what amounts to a two-cloud model, especially when compared to Microsoft’s Teams Phone System offering that is entirely within Office 365, or cloud offerings from emerging over-the-top rivals like RingCentral and 8x8.

BroadSoft, on the other hand, has seen strong service provider adoption across the globe, but largely for delivering services focused on the SMB. So it seems obvious that together the two companies could create a single, unified cloud offering, providing a complete set of real-time collaboration services and contact center to customers ranging in size from the small to the very large.

That brings us to the primary announcement at Connections: BroadCloud Calling, which uses BroadSoft’s BroadCloud platform to bring fully cloud-based calling to Webex Teams. The BroadCloud Calling model allows service providers to offer a single, integrated, Webex Teams-based calling solution that integrates with Webex Meetings for a single client meeting, calling, and team collaboration experience (though initially making a call from within Teams will launch a lightweight softphone called the Cisco Calling App).

Cisco also introduced a FlexPlan licensing model enabling partners to bring the entire Cisco and BroadSoft collaboration suite into a unified bundle. This approach better positions Cisco against its pure-cloud rivals as well as Microsoft, but is likely to raise concern among current HCS partners as to the long-term viability of that offering. While Cisco executives said the company will continue to invest in and position HCS as the primary offering for existing on-prem customers wishing to transition to a cloud/subscription buying model or for those needing the customization capabilities only available within HCS, it remains to be seen if customers currently on, or considering HCS, will instead embrace BroadCloud Calling..

Cisco also noted a significant change in focus, stressing that it is now “cloud first, not cloud only,” meaning that it will continue to develop its on-premises platforms. As evidence, it announced updates to Jabber to improve its UI, establish messaging interoperability between Jabber and Webex Teams, and even enable Jabber customers to implement Webex Teams for persistent messaging within Webex Teams.

In addition, Cisco made a strong play for BroadSoft customer endpoints, touting its broad range of integrated collaboration devices, including its new Room Kit Mini videoconferencing system for huddle spaces, its headsets, and its phones with configuration management integrated directly into BroadSoft’s management platform. This push likely caused consternation among Connections sponsors like Avaya, Grandstream, Plantronics/Polycom, and Yealink, all of which were showcasing their own endpoints in the exhibit hall.

BroadSoft customers I spoke to were largely supportive of the Cisco acquisition and integration announcements. Cisco provides BroadSoft customers with a broader array of services that it can sell, along with newly announced marketing initiatives designed to assist partners in differentiating their wares. From the enterprise customer perspective, the combined companies should provide a stronger alternative to Microsoft Teams calling, and enable those wishing to build their client strategy around Webex Teams to more easily integrate calling into the client experience.