Avaya Makes Its Case to Investors

Company executives pointed to its strong foundation in the enterprise, a transformational 2018, and four pillars for growth. 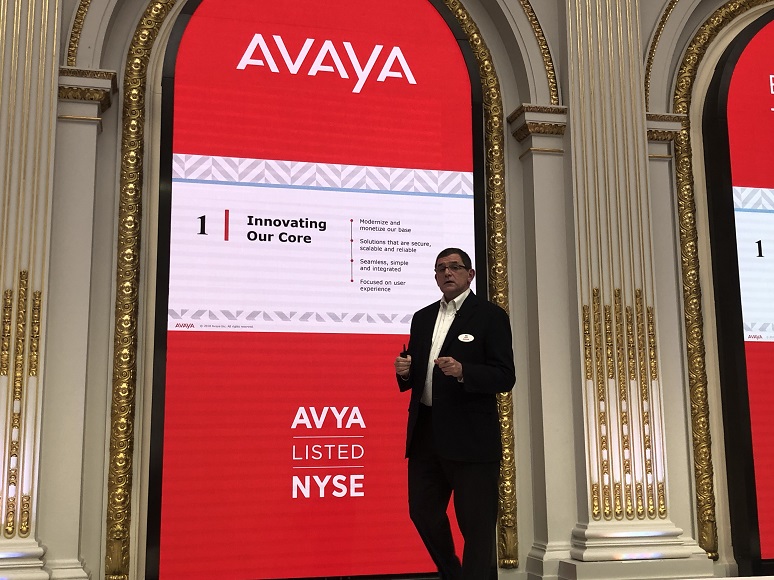 On Wed., Dec. 12, Avaya held its first investor conference since going public about a year ago. This conference is a critical event for the company. Why?
A higher stock price leads to a larger market cap and more resources to make investments. And while stock price really has nothing to do with technology or service or any criteria for purchasing, many IT professionals do follow the financial markets -- and when investors lose confidence and stock price falls, doubt can creep into the buyer’s mind. Instilling confidence with the investment community is important for these reasons.
Avaya held the event at the New York Stock Exchange -- a cool venue but a hassle to get to compared to Midtown locations. Despite that, the turnout was better than I expected, with somewhere in the neighborhood of 125 financial analysts, many from the big firms, in attendance (plus one industry analyst). I’d tempered my expectations on attendance for a number of reasons, including the fact that the company has only been listed for about a year, the low number of sell-side analysts covering the stock, low trading volumes, and some confusion about how the company is positioned in the cloud. For these reasons, this was the perfect venue for CEO Jim Chirico and other executives to make Avaya’s case, and I think they did that.
A Transition in Phases
During his keynote, Chirico talked about the transition of Avaya in phases. Think of the current year, 2018, as the year of creating stability. Avaya couldn’t attain revenue growth until the decline ended, which it did this year – as evidenced in four consecutive quarters of revenue stabilization.
Looking ahead, Avaya has guided investors to a modest compound annual growth rate (CAGR) of 0% to 3% in 2019 and 2% to 4% beginning in 2020, with 25% coming from the cloud. This is low compared to CAGR projections of the cloud pure-plays, but it is notable given the company is coming off of several years of revenue decline. While it’s shifting from an on-premises to cloud model, it’ll take a couple of years for the innovations being built today to move the needle. I think this is a conservative number, and if Avaya executes on its strategy, it should easily be able to grow in mid-to-high single digits.
Chirico provided a number of proof points that 2018 was indeed the year Avaya transformed itself. The most notable was that 82% of its revenue is now from software and services, with 57% being recurring revenue. Its cloud business grew a little over 300% with the total number of seats being about 200,000 with 55,000 coming in the fourth quarter alone. Total contract value of recurring revenue is now $2.4 billion.
Another interesting statistic is that Avaya added 7,000 new logos in 2018. One of the concerns from investors is whether its business is limited to its installed base, but the jump in new logos should quell that fear -- at least for now. One final data point was the number of large deals. Most of the cloud pure-plays count a $1 million deal as large, and Avaya had 44 deals at that size. More impressive are the 55 deals at more than $5 million and 15 at $10 million. Of course, these large Avaya deals include more than cloud services, but they do demonstrate that when dealing with enterprise-class customers, the scale of deals is an order of magnitude larger than those typical for cloud pure-plays.