Avaya Gets Jiggy With Public Cloud 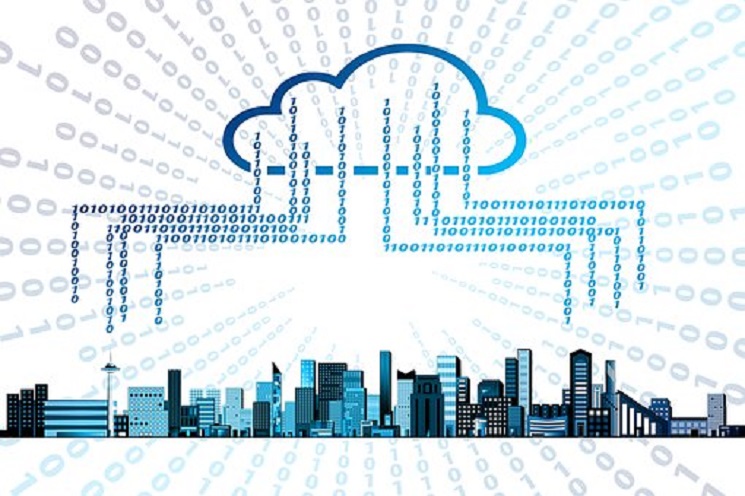 Avaya has taken the covers off a new delivery model for its unified communications-as-a-service (UCaaS) offering and contact center as service (CCaaS) solutions, showing it’s serious about public cloud. Introduced today, delivery is available through a new Avaya storefront that reflects the simplicity of purchasing desired by SMB and midmarket companies.

This move follows the recent hiring of cloud veteran Gaurav Passi as cloud chief. Since Jim Chirico took over as CEO in October 2017, he has certainly been talking a big cloud game, and now the company is starting to follow up the talk with people and products.

In actuality, the Avaya marketplace has existed for some time, but it hasn’t been a core sales component. Rather, the old marketplace was strictly for quoting and ordering. The new interface, which expands the shopping experience and buyer journey, is persona-based so each user has a unique experience.

In addition, now that the storefront is available as part of the Avaya.com site it is more tightly integrated with Avaya’s ordering and billing systems, which will streamline purchasing. The marketplace is part of a much larger sales platform that will allow it to scale and expand as the offerings do, and the change to an as-a- service model will enable Avaya to accelerate the rollout of new capabilities. The cloud was designed to be highly flexible for geographic expansion.

The CCaaS solution is the product built on the Spoken platform Avaya acquired early this year, as one would expect. However, the UCaaS offering isn’t from Zang, Avaya’s cloud communications suite. Instead, Avaya has advanced the way it’s selling the container version of its market-leading IP Office service that runs on Google Cloud Platform (GCP). I like this approach, as IP Office is a proven product with a rich feature set.

Here’s how this works. When a customer purchases the service, a containerized version of IP Office is immediately spun up on GCP. Because containers are lightning fast compared to any other delivery method, the customer can download a softphone and be making calls in a few minutes. The other benefit of basing the UCaaS offering on IP Office is that the transition for customers that want to move from the on-premises or private cloud version to the UCaaS one should be seamless.

The new services, geared toward SMB and midmarket companies, will allow Avaya to better compete in the cloud wars. Previously, customers that have wanted to purchase Avaya “cloud” services were directed to a private cloud version that could take several days or even weeks to set up. Now, if a customer wants to buy cloud, it’s instant -- as it should be. This makes the sales process much easier. With the old model, a customer might mention wanting cloud UC, and the sales team would have needed to explain Avaya’s private cloud approach and then ask if the customer had a week or so to wait. Now the response is, “How many seats do you want?”

Avaya’s Becky Carr, head of marketing, told me in a pre-briefing that the company would be adding more offerings to the marketplace in the future, but didn’t say what those would be. I’d speculate that this could be team messaging, communications platform as a service, video as a service, or some cool artificial intelligence (AI)-based products, depending on how Passi prioritizes things.

If businesses that want to order services through the site aren’t working with an agent, they’ll be matched up with one -- since the portal is designed to leverage Avaya’s master sales agents as the primary route to market. A fair question is why not cut the agents out of the loop and let customers buy direction from Avaya.com? By involving the agents, Avaya ensures customers are buying the right things for their businesses. There will be different option packages for UC and contact center, as well as a range of phones. Also, with contact center there is some front-end work to do on setting up call routing and other things with which the agents can help. Regarding phones, the services will support J Series phones, B series conference phones, and Vantage phones.

Avaya has priced the the UCaaS offering as you’d expect -- a monthly recurring charge and a one-time fee for the phones. In addition, Avaya is helping to offset the price of the phones by offering phone credits.

The amount of the phone credit is determined by the length of the contract. One-year contracts earn an $80 credit; three years, $220; and five years, $280. These amounts coincide with the price of the J-Series phones (J-129, J-169 and J-179), meaning the longer the contract, the higher-value phone a customer can get for free. Of course, the customer has the option of paying the difference if it wants a higher-end phone, such as a Vantage, but Avaya is trying to incent longer-term deals. Avaya has the ability to control the path of the phones and can be as aggressive as it wants with bundles since it doesn’t OEM them.

Customers that purchase Avaya’s UCaaS service have a choice of three bundles: Essentials, for $25/month; Business, for $30/month; and Power, for $40/month. These match the current IP Office bundles. At time of writing, details of what each bundled included wasn’t available to me, but I do believe Avaya’s team collaboration solution, Zang Spaces, will be part of each bundle (and you can see for yourself when accessing the new storefront). Given how competitive this market is now, bundling Spaces is the right thing to do.

The CCaaS offering has agent-focused bundles with the following prices and features:

Avaya will be the phone carrier so country availability will be determined by where it has that capability. Initially that will be the U.S. in January, followed by Canada and other countries coming soon.

Avaya has a massive installed base and a broad set of communication products. The new delivery model addresses the most obvious missing pieces to its portfolio -- contact center and UC available in true as-a-service models. I recently spent a day meeting with investors discussing Avaya, and everyone agreed that the company’s current market cap of $1.8 billion is low given its revenue this year will be above $3 billion. Juxtapose this with RingCentral, which has a $6.3 billion market cap on an expected $666 million in revenue, and it’s easy to see that Wall Street favors the cloud business model and investors are skeptical that Avaya can grow. It’ll be interesting to see if the new UCaaS and CCaaS model changes investor sentiment, even slightly in Avaya’s favor.

The first chance we’ll have to see if this happens is at Avaya’s Investor Conference taking place this Wednesday, Dec. 12. At the event, CEO Chirico’s job isn’t to convince the investment community that its products can go toe to toe with the pure-play cloud providers but rather how the combination of public cloud, private cloud, AI and the Internet of Things can enable it to create experiences that a one-trick pony can’t.

As I pointed out in this summer post, it’s not good enough for Avaya to ride the wave created by the pure-plays. It should strive to create a vision that’s unique to Avaya. The UCaaS and CCaaS services are part of the vision but not the whole enchilada. Avaya has been a market leader for a long time and given its huge installed base, it needs to use this announcement to springboard the industry in a different direction. I’ll be in attendance at the investor day, so stay tuned for my summary.