Cloud communications provider embraces experience as a service as a market category. 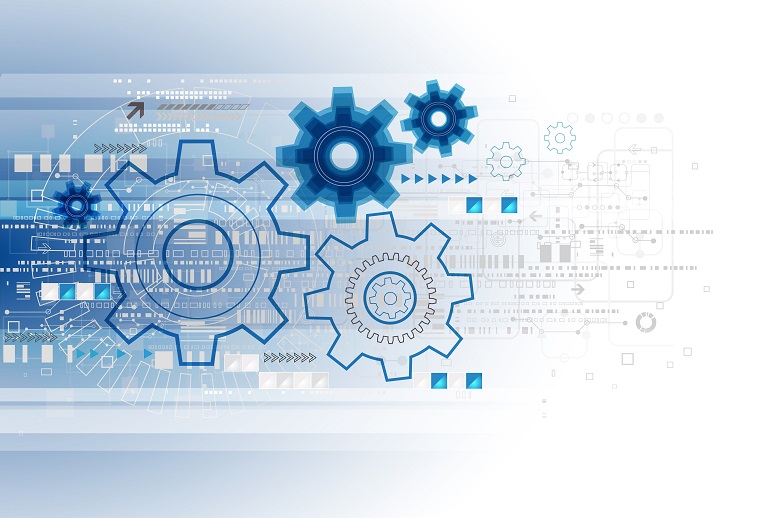 Image: Alex - stock.adobe.com
Cloud communications vendor 8x8 this week announced its “XCaaS” architecture, which removes the lines of demarcation between the historical UCaaS, CCaaS, and CPaaS silos. As described during an analyst summit, the acronym references “eXperience as a service,” signaling the coming together of the communications-as-a-service subcategories with a goal of providing a best-in-class experience regardless of who the user is.
The vision of UCaaS + CCaaS + CPaaS certainly isn’t unique. Vonage has been talking about this trend for years and, with its Nexmo CPaaS as the underlying platform, formally introduced their version of XCaaS, Vonage Communications Platform, at their user event a couple of years ago. More recently, Avaya has been pushing this concept as part of it composable enterprise vision. In fact, the combination of these three services was the driving force behind the acquisitions and product evolution of 8x8 under its previous CEO, Vik Verma, and XCaaS is an evolution of the blended UC and contact center X Series platform the company has been touting for the last three years.
Though the UCaaS + CCaaS + CPaaS vision makes sense, providers have had difficulty selling across IT, telecom, contact centers, and developers. I think everyone would agree that bringing together employee and customer experience is necessary, but the question is how to do that. Being successful with this strategy requires a combination of sales execution and marketing that’s aligned to the vision of XCaaS. I believe the goal of improving effectiveness in these areas drove executive changes at Vonage, with Alan Masarek vacating his role as CEO last June, and 8x8, with Verma leaving his CEO position late last year. In the latter case, the company brought in two heavyweights, Dave Sipes as CEO and Amritesh Chaudhuri as CMO, from RingCentral, an execution machine.
One of the challenges of selling UCaaS, CPaaS, and CCaaS combined is articulating the value to customers. It obviously makes sense from the aspect of purchasing simplicity, which is why selling UCaaS + CCaaS has been popular down-market and the reason why every UCaaS pureplay has a CCaaS partnership, and vice versa. At the event, 8x8 executives did a nice job of laying out the reasons a combined platform makes sense for enterprises, other than purchase order integration for XCaaS.
During his keynote, Sipes showed a slide titled “XCaaS Advantages.” As you can see below, the slide presents a mix of 8x8-specific items, such as a four-nines platform SLA and its global voice network, and a number of broader XCaaS items. 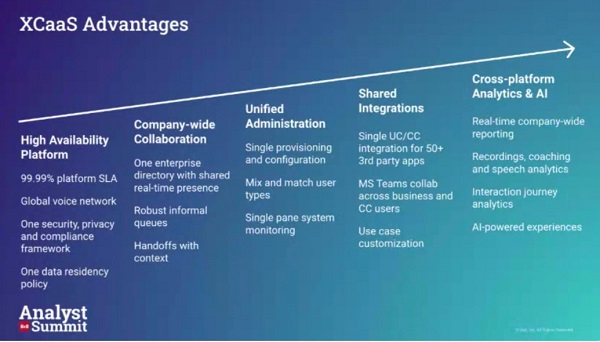 Here are some of the more interesting benefits that I think are worth calling out:
It’s important to note that 8x8 could gain significant upside in getting this right — and in actuality, 8x8 has been selling XCaaS for a couple of years now, and now that they have some proof points on the value, they are formally introducing the term. As Sipes highlighted in his presentation, XCaaS represents 30% of total annual recurring revenue for 8x8, where XCaaS is defined as selling two of UCaaS, CCaaS, and CPaaS, with most sales combining the first two. Inside 8x8, XCaaS is growing at two times the market growth rate, Sipes said. This makes sense, as bundled offerings like this tend to be stickier than standalones. Even more important is that when customers buy XCaaS, 8x8 has better upsell potential along with 33% lower churn, Sipes said. He finished up by saying that XCaaS represented 80% of 8x8’s top deals for FY21, ended March 31, as well as nine of the top 10 deals in Q4. Given that 8x8 brought Sipes in to drive better sales execution, these numbers are good to see.
Most of us analysts have been talking about this trend for a while and, as mentioned, a few vendors have previously jumped on board. It's good to see 8x8 promoting the experience-as-a-service market category.