This week Cisco announced the end of sale (EOS) for Cisco Unified Communication Doman Manager (CUCDM), which is its own provisioning and management tool for its Hosted Collaboration Solution (HCS) product.

The EOS will eventually lead to the end of life (EOL) of the CUCDM product in six months. CUCDM is a critical component of HCS, as it's the tool used to on-board users, manage the software, and a number of other important functions. One might scratch their head and wonder why Cisco would take such an important component out of HCS? Is the product not doing well? In actuality, it's the success of HCS that's prompting this move, as it enables faster innovation. This might seem counter intuitive, but let me explain.

Cisco's HCS is continuing to see strong growth. The last numbers I saw from Synergy (June of 2017), showed Cisco HCS with 14.3% share of the overall cloud calling market, trailing only BroadSoft (which Cisco now owns) at 44.9%. According to Cisco's own numbers, the product is up 30% year over year in terms of new users and now has an installed base of over 5,700 customers.

The interesting thing about HCS is that one could argue that despite the success, the journey is just beginning. To date, only about 25% of HCS lines are from migrating Call Manager customers; the rest have all been new opportunities. The combination of BroadSoft and HCS positions Cisco well in both large enterprises that prefer private clouds and small- to medium-sized enterprises that tend to lean towards UCaaS.

The growth in HCS and BroadSoft has coincided with the acceleration of UCaaS, although Cisco has outpaced the market. My latest forecast has UCaaS growing at a 14% CAGR over the next five years. I typically forecast conservatively and have seen some projections show UCaaS growing in the high teens during that same period. The dual pronged strategy of HCS and BroadSoft should let Cisco continue to grow at or ahead of the market. 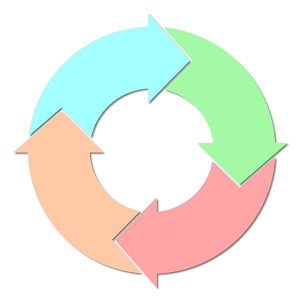 I'll go back to my original question: Why would Cisco EOS and then EOL a critical component of HCS? When Cisco built HCS, it did so as a full turnkey solution to make deployment easier and to "bake" the solution. It was a new frontier for Cisco, and it didn't really know what it didn't know. Simply put, it was easier to control product changes if Cisco had end-to-end control. About two or three years ago, Cisco opened up the data center design for HCS. Prior to this, there was exactly one way to deploy HCS; now, customers have a wide range of options. Similarly, about a year ago, the edge was opened up, and third-party session border controllers and other edge devices were introduced into the environment.

Now Cisco is opening up the management of the product. In actuality, this is something Cisco has been working on with technology partners for some time. One of many recent improvements introduced to HCS has been the creation of an open ecosystem of management tools. This has allowed HCS partners to select third-party vendors to extend the underlying capabilities of HCS to create additional differentiation and broader integration of their HCS platforms into their operational systems for zero-touch provisioning, billing, inventory management, and so on.

Based on the success of this initiative, Cisco is now able to announce the EOS and eventual EOL of CUCDM. This change is well timed, as the role of the management layer is changing as well as it's more than just on-boarding users. IoT, AI, CRM integration and other software support will require more management functionality. Third parties can help HCS keep up much faster, as CUCDM was built to work only with Cisco infrastructure. Also, as HCS starts to replace on-premises solutions (versus being greenfield), there will be a need to support different domains such as Active Directory. This should be a boon to provisioning vendors such as Unimax and Stack8.

I believe the biggest beneficiary of the open ecosystem initiative will be VOSS, as the company has focused on reducing the risk in making the transition to its product. Even prior to the EOS, VOSS announced that one-third of the organizations with production HCS platforms have made the decision to transition from CUCDM to VOSS-4-UC. As a result, more than 500,000 production end-user devices (EUDs) have already moved from CUCDM to be managed in production by VOSS-4-UC. Further, there are active transition plans to move a total of 42% of all the production HCS EUDs to VOSS-4-UC managed platforms.

The main reasons for VOSS' success here is that the VOSS transition program provides a high level of business and financial continuity. VOSS has a proven, low risk transition program based on a decade of experience working with Cisco and HCS partners, and its commercial continuity base on the license trade-in program where VOSS provides a VOSS-4-UC license for each previously acquired CUCDM license.

In this press release, VOSS outlined the details of its HOME program that it has been running for the past 18 months. HOME was designed to help HCS partners move away from CUCDM to VOSS-4-UC. One of the key points VOSS mentions in this release is that there is no loss of features or functions post move. In fact, the HCS customer will have access to many more features. Given VOSS has been doing this for about a year and a half, it should have a wealth of best practices to de-risk the move away from CUCDM, which is now no longer an option.

Cisco has made a commitment to being more open, making HCS easier to deploy and lowering the overall total cost of ownership. This will continue to create opportunities for third-party software vendors. Cisco technology partners should take note of the success VOSS has seen and invest not just in product features but also in de-risking the transition to their product.