All three of these room systems are available this month.

Also on the hardware front, Cisco has added two wireless headsets plus additional wired models to the 500 Series announced at Enterprise Connect in March. The new wireless headsets, the 561 (single earpiece) and 562 (dual earpiece), are targeted at office workers, whereas the earlier 500 Series headsets are wired devices primarily targeted at contact center agents, Angie Mistretta, senior director of Collaboration Solutions Marketing at Cisco, told to me.

The new wired models, the 521 and 522, are differentiated from the earlier headsets in that they are for use with either a USB adapter, included, or a standard headphone jack. 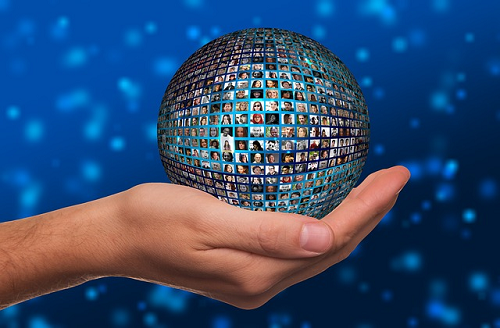 To address a top scheduling pain point Webex customers have reported, Cisco now allows a user to type @meet into the meeting invite. Doing so schedules the meeting and automatically includes dial-in information in the meeting invitation -- regardless of whether that customer's deployment is on-premises, cloud, or hybrid. With this new functionality, Cisco said it's aim is to help customers do away with management portals and separate booking systems. The @meet feature saves users from having to go into Telepresence Management Suite (TMS) to reserve a bridge and then copy and paste that bridge information into a meeting invite, Mistretta said.

Looking at the Edge

Lastly, Cisco introduced a set of edge services aimed at providing cost savings and improved quality. The three Cisco Webex Edge Services are: Webex Edge Audio, which provides more choices for how an enterprise manages meeting audio by allowing the decoupling of Webex and the PSTN; Webex Edge Connect, a dedicated, managed, QoS-enabled IP link from premises to Webex via the Equinix cloud exchange; and Webex Edge Video Mesh, which enables local media processing for Webex on-premises meetings attendees. These can be deployed separately or together, Cisco said.

"We are re-architecting the edge so that you can maximize the power of the Webex backbone directly in your own data center," wrote Javed Khan, VP and GM of Cisco's Cloud Collaboration Technology Group, on a Cisco Blogs post.

These product announcements continue on the direction laid out by the executive leadership that we shared yesterday in a pair of articles -- "New Execs Eye Change at Cisco Collaboration" and "What's Up with Cisco's Collaboration Business?"

Not long after those stories had been published, Cisco confirmed Jonathan Rosenberg's departure as CTO and Cullen Jennings, who had been Fellow in the office of the CTO, as his replacement. In catching up quickly with Jennings, I learned that this leadership transition also represents a bit of a shift in the role of the office of the CTO. While Rosenberg was very much product focused, Jennings intends to focus the CTO team on more long-term ideas and investments, pointing to the company's largely under-wraps work on augmented reality and virtual reality as an example of one such idea.