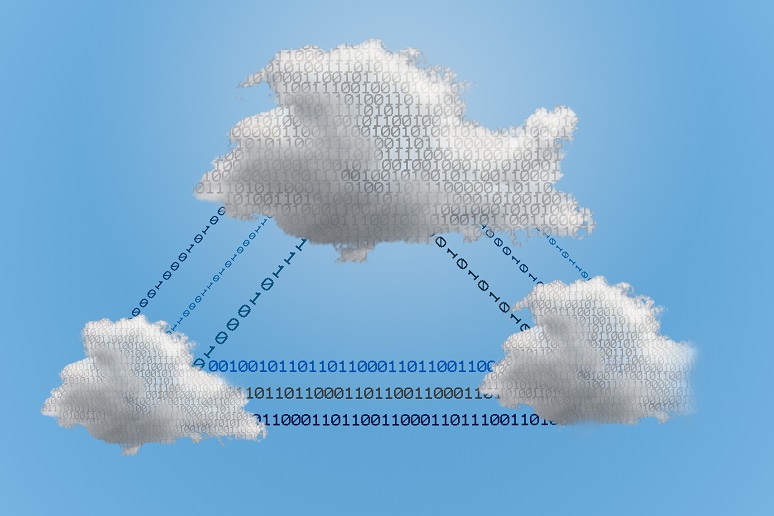 Image: steheap - stock.adobe.com
Multicloud is one of those technology terms that gets bantered about in reference to the next generation of cloud services but is too nebulous to provide clarity as to any single vendor’s architectural strategy — not to mention what benefits it delivers to the enterprise. In other words, what multicloud means to one isn’t necessarily what it means to another (see related post).
Oftentimes, when cloud providers speak of a multicloud strategy, what they’re talking about is the ability to support instances of their services on different cloud infrastructure. Enterprises that favor AWS run their UC or contact center apps in that cloud, whereas those that prefer Microsoft Azure run there, for example. Such flexibility is all well and good, but for some, it doesn’t get to the real power of the cloud.
A case in point is CCaaS provider Five9, as the company’s CTO, Jonathan Rosenberg, discussed in a recent No Jitter briefing. For Five9, multicloud means an architectural strategy that leverages the capabilities of multiple data centers — public and private — to deliver aggregated solutions, he said. Without embracing multicloud in this manner, a provider really can’t “bring the benefit that is now available when you can take advantage of what is just a cornucopia of technology,” he added.
To explain further, Rosenberg pointed to the partnership Five9 has with Google Cloud. While Five9 deploys technology in Google Cloud data centers, the relationship isn’t just about that physical presence. It’s also about tapping into Google Cloud’s platform-as-a-service (PaaS) services, such as Pub/Sub, which Google describes as “messaging and ingestion for event-driven systems and streaming analytics.” Rosenberg added some context, calling Pub/Sub a “globally distributed, massively reliable, superfast, horizontally scalable messaging delivery system.”
Embracing a multicloud architecture approach, Five9 has built a “bunch of software” in Google Cloud to take advantage of the reliability, latency, and resiliency of Pub/Sub to deliver real-time streaming APIs and data warehousing. These, in turn, connect into Five9 data centers that hold core ACD and IVR services, Rosenberg explained. From a CCaaS customer perspective, this means Five9 can support high-volume voice calling from network locations proximate to a contact center while consuming data streaming APIs easily from the Google Cloud PaaS service.
Inference Solutions, the intelligent virtual agent (IVA) company Five9 acquired three months ago, showcases the value of multicloud architecture, as well, Rosenberg said. Inference’s IVA can plug into the Amazon, IBM, and Google clouds for advanced voice technologies like speech recognition and natural language processing, he said. “What this means is that the customer can literally pick and choose [a combination of these technologies] on a call-by-call basis — and that’s the ultimate manifestation of a multicloud story, how you can combine the best of all these different things.”
This sort of flexibility has another benefit, too, and that’s cost-savings potential over the long term, Rosenberg said.
Building on this IVA example, he pointed out how a company might determine that Google’s WaveNet is best-in-breed for voice, yet for one particular set of use cases, it deems IBM’s speech-recognition engine to be the better option. Being able to build an IVA that combines those delivers a lot of power for the customer, as well as allows Five9 “to ride the economics of this thing in the right way,” he said.
By that, he means that core AI engines like speech recognition, intent recognition, entity extraction are becoming commoditized and, as such, “there’s increasingly a battle between the giants for cost-effective delivery.” That’s great for Five9, Inference, and, by default, their customers, because “we’ll just bounce around based on the right cost-capability curves — and that’s another benefit of the multicloud architecture when it comes to AI can leveraging best-of-breed technologies.”
Granted, technology decision-makers don’t typically need to know what’s happening behind the scenes at this level of granularity. But multicloud architecture should be a litmus test for evaluating providers on key factors like scalability, customization, reliability, and ability to innovate, Rosenberg contended. “As an industry,” he added, “we know that it’s best when the architecture is taking advantage of all these modern tools now available to us.”