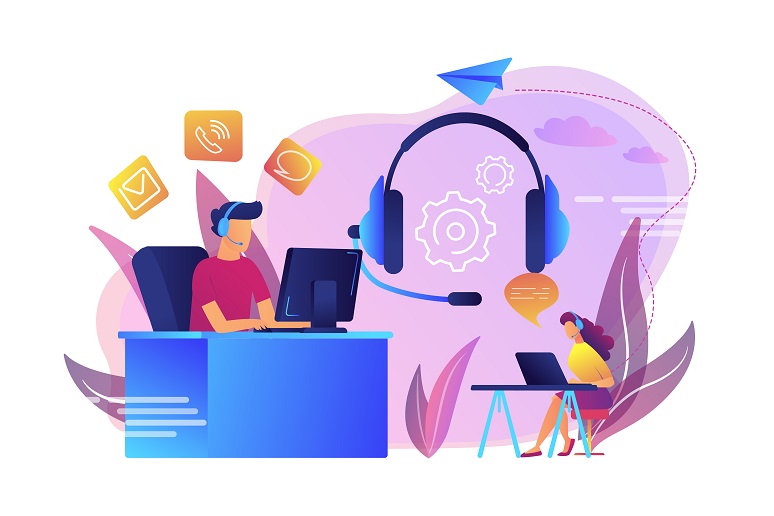 Image: Visual Generation - stock.adobe.com
Over the past decade, the contact center as a service (CCaaS) sector has experienced double digit growth. However, it’s been predominantly small and medium sized businesses buying. Large enterprise contact centers have mostly remained with premises-based or private cloud solutions.
That’s beginning to change, and the transition to cloud-delivered services is well underway for all sizes of contact centers. Although the larger contact center implementations were slower to embrace the as-a-service model, the transition happened and is now accelerating.
The transition was gradual. That’s because initially the CCaaS value proposition simply didn’t resonate with large contact centers. For example, one of the most commonly-cited benefits of cloud-delivered anything is outsourcing. Cloud-delivered services inherently include data centers, engineering, operations, disaster recovery, support, and more. That often translates into reduced IT staffing. However, that’s less likely for larger implementations with highly customized and integrated implementations.
Another key feature of the cloud is known as an operating expense (OpEx) model. Cloud-delivered services are considered an OpEx, and that’s financially treated differently than software purchases. Many CFOs prefer to purchase OpEx services. However, over the past few years many contact center software vendors have created software rental models that meet the OpEx requirement.
Cloud-delivered services are also associated with a higher degree of scalability. Many software vendors have attempted to mimic this in licensing, but CCaaS scalability addresses licensing and infrastructure. However, larger contact centers generally have multiple options for capacity changes including time-zone shifting and outsourcing relationships.
There are more benefits to CCaaS, but the pattern is the same. Many of the benefits initially appealed only to smaller implementations. Interest was expanding into larger contact centers, and then came the pandemic. Enterprises running their own contact center software seemed out of sync when the support staff, agents, and customers being all remote.
Synergy Research reported that infrastructure services passed the $50 billion mark in Q4-21, and was up 36% from, the prior year. Cloud spending went up, and hardware sales went down. Cloud stocks, such as the First Trust Cloud computing ETF (SKYY) outperformed the market in 2021.
Beyond the pandemic, CCaaS crossed the chasm into enterprise sales because that’s where the development and improvement is occurring. CCaaS providers regularly announce new features, portfolio expansion, and acquisitions.
Last week, when NICE reported its Q4 earnings, it reported a record number of “eight-digit” deals, including “one of the world’s largest asset management groups, a top 10 U.S. bank, another very large U.S. bank, a large loan servicing company, a well-known travel company, and one of the largest US municipalities.” NICE credited large enterprise growth for passing the $1 billion cloud revenue milestone.
It’s not just NICE. Yesterday, Five9 reported a 36% increase in Q4 revenue partially attributed to its enterprise business subscription revenue growing 51% from last year. Five9 also stated that building traction with larger enterprises is a strategic priority. Meanwhile, sales of premises-based and private cloud contact centers are slowing.
Earlier, CCaaS didn’t offer larger enterprises a compelling reason to make the move. The situation has changed after years of a staggering innovation rate in CCaaS. Providers have steadily announced new features, portfolio expansions, and acquisitions.
Cisco saw its enterprise sales increase after embedding new APIs and capabilities in its Webex Contact Center from its recent acquisition of IMImobile. Webex Contact Center now has over 100 APIS for partners and customers to leverage.
As communications have expanded/shifted to digital, a new set of capabilities emerge including, agent coaching, sentiment analysis, journey mapping, multi-channel conversational analysis, expanded APIs, and more.
The CCaaS value proposition is becoming too compelling to ignore. It’s a perfect storm situation: the tech is available and proven, enterprises aspire to be more digital and agile, and managing the customer experience has become a higher priority.
“[CCaaS] technology offers greater software agility with a lower cost of ownership,” said Drew Kraus, VP Analyst in the Gartner Customer Service and Support Practice. Enterprises are specifically turning to CCaaS providers to improve their digital and self-service capabilities as well as to streamline with automation.
The CCaaS sector will continue to see some healthy growth for the foreseeable future. It will also attract more providers. We recently saw Zoom, Zendesk, and Microsoft expand into the sector. CCaaS is just one cloud service, but the entire SaaS sector is experiencing increased demand. Gartner’s ‘Cloud shift’ research predicts enterprise IT will spend more on public cloud services than traditional IT in 2025.
Dave Michels is a contributing editor and analyst at TalkingPointz.