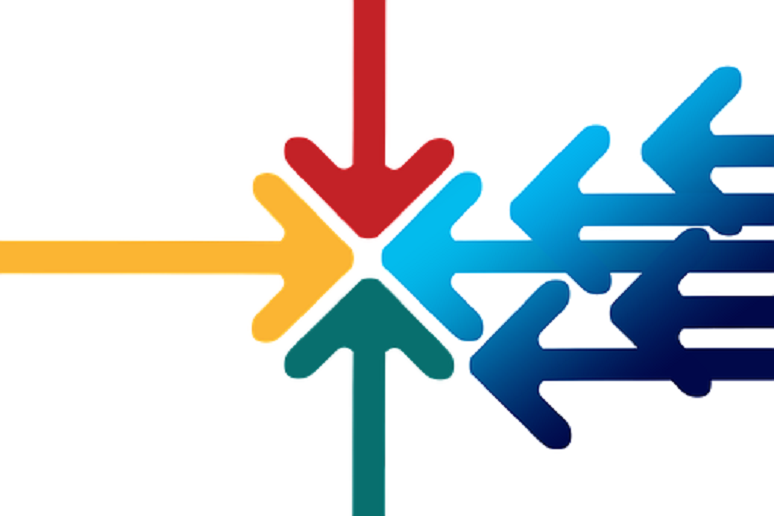 As part of an analyst briefing Avaya held in conjunction with last week’s major announcement about a strategic UCaaS partnership with RingCentral, Avaya CEO Jim Chirico presented a slide (see below) showing that Avaya would deliver a contact center as a service (CCaaS) solution in less than a year. The CCaaS offering would complement the Avaya Cloud Office by RingCentral (ACO) UCaaS offer, Chirico indicated. 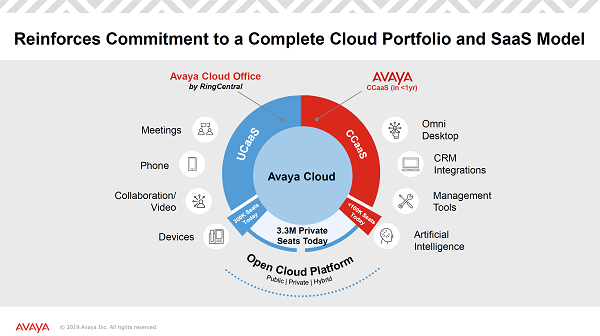 This week, as part of its significant presence at the GITEX trade show in Dubai, Avaya has begun to offer more details on the progress to date on that new CCaaS offer, and some of its attributes. On Sunday, Oct. 6, the company announced that Avaya IX-CC, a next-generation contact center platform, would be available on Microsoft Azure, hosted in cloud data centers in Abu Dhabi and Dubai. Avaya went on to say that it will initially offer the service in the Arab Gulf region, with support in other global regions to follow at unspecified times in the future.
The next day, Monday, Oct. 7, Avaya formally introduced the Avaya IX-CC cloud contact center platform, built from the ground up as a cloud-based solution developed on a microservices architecture. Avaya will deliver the platform on a multitenant architecture that will be able to scale from small to large enterprises, Avaya said in its press release. Avaya said it expects availability of the IX-CC CCaaS platform in the first half of 2020 with voice capabilities, as stated above, followed by omnichannel features later in the year.
One on One on IX-CC
Just hours after Avaya announced the RingCentral deal last Thursday, Oct. 3, I had the opportunity to speak with Avaya's Chris McGugan, SVP of Solutions & Technology, both about the contact center implications of that deal and the then-embargoed IX-CC announcements.
The first question I asked of McGugan was: What happens in an Avaya Cloud Office by RingCentral (ACO) deal when contact center is part of a customer’s requirements? McGugan described for me what the company has now announced as IX-CC.
McGugan said he plans to have ACO, for UCaaS, and IX-CC, for CCaaS, come to market on roughly the same timeline. So, what could that mean down the line? The Avaya-RingCentral deal still has to clear regulatory hurdles. As a result, McGugan said, there have been no discussions to date on how ACO and Avaya IX-CC could potentially work in concert (à la RingCentral Contact Center?).
As Irwin Lazar, of Nemertes, discussed in his No Jitter post on the Avaya-RingCentral partnership, his firm’s “Intelligent Customer Experience: 2019-20 Research Study” shows a strong correlation between using the same vendor for customer engagement and UC. With Avaya splitting off a large chunk of its installed base to another vendor’s cloud UC platform, it will “need to develop and implement a means for seamless integration between the RingCentral-powered ACO and its own contact center platforms,” Lazar wrote. Avaya IX-CC could become that point of integration.
What exactly is Avaya IX-CC? That was the focus of my next few questions for McGugan, who returned to Avaya in April 2018, initially as chief technology strategist and then quickly taking on the SVP role. “The first thing I did when I came back was to take stock of what I had. And I started rewriting the new contact center platform 18-19 months ago,” he told me during last week’s interview.
The microservices-based Avaya IX-CC will run in Kubernetes containers, McGugan said. How can he make the tight timeframe outlined for delivering voice support in the first half of the year and digital channels to follow by year’s end? “The upside of being Avaya, and having the amount of technology and source code that we have in our arsenal, allows me to leverage the development efforts that were already in place,” he said.
My conversation with McGugan went on, but beyond what Avaya is willing to share publicly at this point. I, for one, look forward to hearing and seeing more about Avaya IX-CC at both Avaya Engage in February 2020 and Enterprise Connect in March.