Because what you don't record can hurt you

Making sure your call center monitoring solution is working properly is an ongoing challenge. Whether it's legal, healthcare, or financial services, large organizations need recordings to satisfy compliance requirements and to resolve legal disputes with customers.

Financial institutions, which I'll focus on for the sake of this blog post, greatly depend on having all interactions recorded accurately and stored in an easily accessible manner. Contracts could be established through verbal communication or other forms of media like email or instant message. Buy or sell orders could be entered during voice or video calls. It's crucial these interactions are documented for later reference.

If a regulator comes to your organization and requests a sample of specific recordings on file, you need to be ready to present them. Otherwise, fines start at $25,000 to $50,000 and quickly escalate all the way into the millions. In some jurisdictions, you're required to pay a percentage of your daily turnover for the period you've been out of compliance. That means tens of millions of dollars for some larger global financial institutions. Noncompliance could ultimately result in the suspension of your trading license. 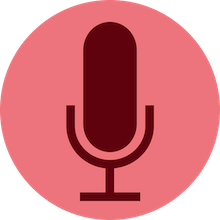 Since making sure all interactions are recorded is so important, what are some common problems that you'll want to avoid? Recording systems are built on solid, reliable technology. It's rare for issues to originate in the recording system itself. Instead, the problems usually arise because the recording system lives in an ecosystem. The system must interoperate with a whole range of other solutions, technologies, and hardware. A single problem in any of these other systems can trigger intermittent failure to capture recordings properly.

The most common stumbling block is when a company just assumes the recording system is working properly within its environment. It'll install the system, get it up and working, and maybe even run a few tests to verify it is capturing recordings. Unfortunately, the system may not be properly integrated with other components of the ecosystem. Configuration glitches, environment issues, or user behavior may result in intermittent failure to record. If that happens, you'll end up with the false belief that you have all recordings on file.

Once a regulator makes a visit or a company receives a recording-retrieval request for other purposes, it will end up finding out it has absolutely no record of certain calls. It's simply too late at that point, and the organization will enter into a reactive mode to see where any problems lie. It may then decide to perform testing in the early morning before business opens, and place synthetic calls or human calls to make sure the system is functioning properly.

Unfortunately, these types of tests only give a small sample size, which wouldn't cover all the potentially different use cases that come into play during regular business hours. Systems operate at variable loads and with differing pathways. Synthetic calls before the start of business are helpful, but real-time monitoring during the course of business can flag the real issues as they happen. Without real-time monitoring the organization might be missing hours of calls before it even realizes a problem has occurred.

Avoid Issues by Staying Proactive
How can you avoid these problems? Doubling up isn't just expensive, it wouldn't actually fix the underlying cause. Instead, a good practice is to conduct tests in many different use case scenarios. During the course of the day, a system needs to monitor every step of the ecosystem to ensure the recording system is properly connecting with every individual call. All different forms of media (such as mobile devices, financial system turrets, or traditional call center systems) need to be taken into account.

Here's a simplified set of proactive questions you should be asking yourself:

If any of those steps were to fail, or if any other alerts were to come up during a cross-system check, you'd be able to take action in real time before it impacts other users and other interactions.

At the end of the day, reliable call recording is essential. You don't want to risk rapidly escalating fines, the loss of reputation with customers, or even the risk of losing your trading license. All it takes is some proactive steps on your part to ensure that layers of interoperable technology are working together as they should.