Enterprises looking to create better collaborative work experiences have a growing slate of platforms to pick among, including from Cisco, IBM and, apparently, Facebook.

As one vendor after another rolls out products aimed at creating better collaborative work experiences, the big questions of the day are: Will people actually adopt these things? And, if so, will they adopt one or multiple platforms?

The latest companies to take aim at creating tools for the "way workers work," as UCStrategies.com co-founder Marty Parker discussed last week in his No Jitter post, are Cisco, IBM, and Facebook. Cisco launched its long-awaited collaboration platform, Project Squared; IBM took the wraps off of Verse, a social and analytics tool integrated with e-mail; and Facebook is working on an enterprise-focused offering slated for release in early January, according to published reports.

Getting Squared Away on Collaboration
As No Jitter editor Eric Krapf posted yesterday, Cisco introduced Project Squared, along with several other products and upgrades including the IX5000 immersive telepresence series, at its Collaboration Summit 2014 in Los Angeles. Among the new products, Project Squared moves farthest out of Cisco's traditional comfort zone.

At first glance, Project Squared looks like a first-generation social offering much like Unify's Circuit (formerly Project Ansible). Shared workspaces give users the ability to share documents and other files, as well as to initiate communications in real time or not. Where Unify refers to these workspaces as "conversations," Cisco calls them "rooms." In both cases, these workspaces appear in a stacked list on the screen's left side. Frankly, they look rather sparse when compared to Microsoft's Yammer, IBM Connections, or any of the consumer offerings, and the idea of rooting through a list of these collaboration spaces seems a bit 1980ish to me.

Project Squared is available for iOS and Android mobile clients, while Unify says it will offer both but hasn't yet delivered its Android version. Both are accessible via browser as well, though only Chrome for now in Unify's case.

As I've written previously, despite their failure to gain any meaningful traction with mobile clients, the unified communications (UC) vendors continue to flaunt the importance of mobility. Unfortunately, traditional mobile UC clients didn't do much that the smartphone couldn't do on its own. However, if the overall concept of collaboration tools catches on, a mobile client will likely be a key part of the offering -- that's still a big "if," though.

Tuning Up With Verse
While most of these "new way to work" tools, as Unify has labeled Circuit, look to move beyond e-mail, IBM looks to reinvent it with Verse by incorporating social collaboration and built-in analytics (see video below). With its Connections experience, IBM is further along than the others in applying social networking concepts to the business context. Verse will give users an at-a-glance view of their schedules and, through the embedded analytics, will learn user preferences and priorities over time. The company also plans to add a feature later on that will allow users to query its Watson cognitive computing system on a topic and receive answers ranked by a degree of confidence.

Clearly IBM is not thrilled with e-mail either, noting that analysts estimate that of the 108 million business e-mails sent daily only 14% are critical. But while e-mail remains a necessary evil, Verse adds intelligent task prioritization and allows information that was previously scattered among e-mail, calendar, to-dos, social networks, chats, online meetings, and documents to be organized in one collaborative space. Oh, and Verse has mobile clients, too.

IBM said a Verse beta release will be available to select clients and partners this month, and a freemium version is due out first-quarter 2015.

Liking the Enterprise
The widely discussed but unofficial news that Facebook is planning an enterprise collaboration platform, dubbed Facebook at Work, is the most interesting. As initially reported in the Wall Street Journal, Facebook at Work will apparently make its debut this coming January.

Given its spotty history regarding privacy, Facebook will be moving into the enterprise on some rather shaky legs, but I see a lot of positives in this. Facebook didn't invent social media but without doubt it has revolutionized the area much the same way the iPhone revolutionized the smartphone business. But unlike the iPhone, whose market share was quickly surpassed by Android-based devices, Facebook continues to dominate the social space.

IBM is a relative newcomer to the social space and Cisco is clearly a neophyte, but Facebook wrote the book. Besides having an intimate understanding of the whole world of social media and a massive amount of raw talent to throw into this effort, Facebook has a whole generation of people who are intimately familiar with its platform and its capabilities. This is also the generation that IBM, Cisco, Unify, and the rest are trying to attract to their collaboration platforms -- who do you think has the inside track in that race? And with this whole merger of business and personal life everyone is talking about, Facebook has a lock on the personal side.

Without a doubt, Facebook faces a learning curve regarding the full range of enterprise requirements, and will need to demonstrate that it has adequate security measures in place before gaining enterprise trust. But it has the money to attract the best talent out there. Moreover, when it comes to delivering that all-important user experience (UX), Facebook is in a whole different league than any of the enterprise providers. A Facebook enterprise offering will have an even bigger impact on LinkedIn, which has failed to advance beyond e-mail as the way of integrated communications and has become more of a job board than a social network.

Facebook's impending arrival on the enterprise collaboration scene leads to that second of the two questions I posed at the outset: Will users adopt one or multiple platforms? The answer will likely come down to whether or not they have any reason to leave. For Facebook, that would mean integrating real-time communications into its platform along with the other existing tools.

Clearly businesses need to move beyond e-mail as the core collaboration tool. In introducing Project Squared, Rowan Trollope, senior vice president and general manager of Cisco's Collaboration Technology Group, even showed a bar chart that tracked his own dramatic decline in e-mail usage as his team moved onto Project Squared. Of course, the surest way to guarantee adoption is to have the boss embrace its use, as the underlings will have no choice but to follow along. However, that dynamic will be far less prevalent in businesses at large, particularly when the boss is still struggling to adapt to e-mail. A Facebook offering, on the other hand, would more likely come in the way of a shadow IT initiative. 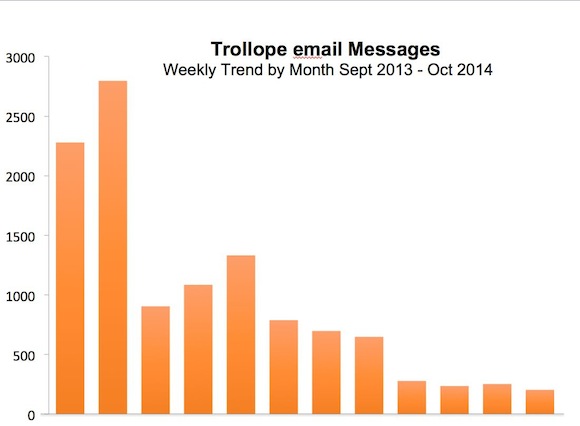 Many will think it may be stretching things a little too far to count Facebook as a UC supplier, but not if you consider it in terms of UCStrategies.com's definition of UC: "communications integrated to optimize business processes." By that definition, Facebook pretty much fits the bill. And as we have seen in the mobile space, the consumer apps are typically miles ahead of what we see in the enterprise, and social media is the same story only more so at this stage. As of June 2014, Facebook had 1.3 billion members worldwide, and no one had to hold a gun to anybody's head to join.

I'm sure that we'll get a lot of folks pooh-poohing the idea of Facebook as an enterprise supplier, but the UX bar will be set a lot higher if it really does get into the game.

2021 IT Heroes: Sharing a Vision of Excellence