Any New Fire in the Latest Neutrality Smoke?

As Net neutrality gets politicized, it's time for a fresh look and some hard questions.

It's probably no surprise to anyone, given recent history, that the U.S. Net neutrality fight has gone political. Just about everyone has changed positions to align with this new reality, though, and those changes mean that the forces that could actually draft a new policy could take us in a different direction. What might happen and who might be helped, or hurt? It's time for a fresh look.

A year ago, new FCC Chairman Tom Wheeler and the Republicans in Congress seemed to agree that a very light touch on neutrality regulation was in order, and the FCC suggested it would favor prioritization and settlement in the new neutrality order. The Obama Administration then came out in favor of broad neutrality rules and the FCC fell in line, saying it would apply Title II regulation to ISPs. Republicans then switched sides and said they would pass legislation that would prevent paid prioritization and settlement without Title II. 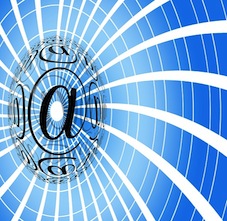 The interesting thing is that nobody really seems all that concerned about paid prioritization. The original FCC neutrality order stopped short of banning it, saying only that it would "raise significant cause for concern." All the current proposals have the same effect -- ban it. If there's no difference in the endgame of all the players, is there a difference in how they get there that might matter?

Certain Appeal
Perhaps, yes. The Administration and the FCC are taking the position that the FCC should use Title II regulation, which would make the ISPs into common carriers. That could impose a bunch of new rules, but the FCC under Section 706 of the Telecom Act has the authority to "forbear" from applying those rules. The D.C. Court of Appeals that voided the old neutrality order suggested that all the FCC had to do was classify ISPs as common carriers and things would be fine. Republicans say the FCC can't be trusted to maintain that light touch, and propose legislation that would take the matter of Title II classification out of its hands.

Every meaningful FCC order since 1934 has been appealed by somebody, so obviously a new FCC order would be appealed, creating a period of uncertainty. Every attempt to amend the Telecom Act to change common carrier rules or Internet rules has failed, and obviously a Republican attempt here would likely create a veto even if enough votes could be mustered to pass it in the first place, which isn't certain by a long shot. So we have uncertainty here, too.In the balance, though, I think the biggest risk -- the one on which we have to judge the various approaches' impact -- is what you could call "bracket creep." Paid prioritization is about paying to prioritize, meaning offering one player better handling. Is what Netflix pays for "prioritization?" The Administration is asking the FCC to decide whether the Netflix fees should be considered non-neutral. If they are, then operators have to roll back settlements on video traffic they were securing in the open market.

Suspending those kinds of payment could reduce investment in infrastructure. Paying those fees might result in higher over-the-top charges for services to consumers and/or lower OTT profits. Sounds like a lot of lobbying opportunity to me, and Congress is infinitely susceptible to lobbying. If we smear the definition of "paid prioritization" far enough, we could create an impasse on funding infrastructure growth to match video growth. The FCC isn't likely to do that, but Congress? Well, we all know how that's working.

Uncertain Future
This issue is the real deal for neutrality. Between 1990 and 2013 (the last year for which the data is available), telecom services spending growth for consumers was running a bit less than 90% of overall spending growth. Internet access spending grew at 300 times the pace of spending overall. However, virtually all that growth was due to increases in Internet subscribership, which is now largely plateaued. You can see the effect in the last 3 years, where year-over-year growth in spending on Internet access has declined. Will ISPs, no longer seeing big increases in Internet revenue but seeing ever more video traffic, just stop investing? That's one question.

The other is whether investment will just dodge the Internet. Nobody is proposing to apply neutrality rules to "special services" like VoIP or telco IPTV, or even to content delivery networks. Some are talking about extending neutrality immunity to the cloud. Given that IPTV and carrier VoIP are IP just like the Internet, how hard would it be for software-defined networking or something else to create similar but new services separate from the Internet? Might we be encouraging the bypassing of the Internet for everything profitable, which could mean bypassing the Internet for everything meaningful?

We're not getting clarity or consensus here, or even a good exchange of ideas -- just politics. The issue is how to balance benefit to the consumer with the health of the ISPs themselves and the richness of the Internet. You don't achieve balance by considering only one position on one issue. Our best hope is that the divergence of players and interests creates a more useful set of options for us all.