Smart Speakers: From the Kitchen to the Boardroom

Why shouldn't something that is transforming our personal lives not have the same effects in the office? 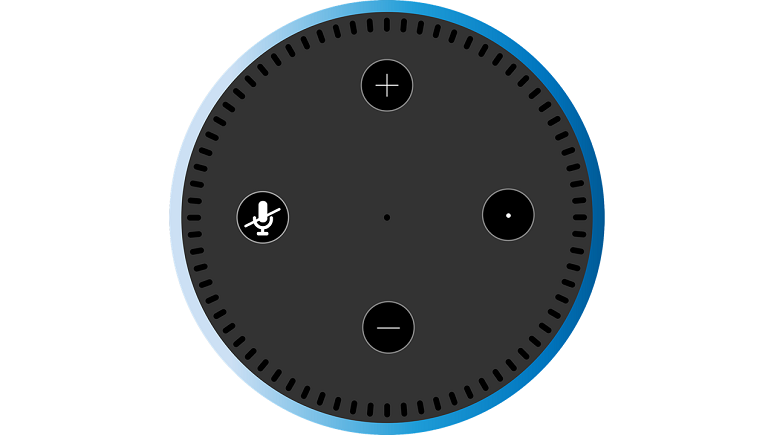 “The most courageous act is still to think for yourself. Aloud.”
― Coco Chanel

I have been in the communications business long enough to have realized two very important things. First, technology is constantly changing. During my lifetime, I’ve gone from telephone calls to emails, to Web chat, text messages, and workstream collaboration.
Second, the choice of a communications medium is very personal. While some folks happily squawk away on telephone calls, others would prefer to go through life letting their fingers do all the talking.
We are now in the middle of a revolution that has the potential of satisfying both those who love their telephone calls and those who crave the immediacy of a more transactional means of communications. I’m talking about smart speakers -- the likes of Amazon Echo and Google Home -- and their ability, through a digital assistant interface, to provide direct access to information via the human voice.
It was with Apple’s Siri that most people learned you could talk to a machine and have that machine talk back to you. Personally, I use Siri on a daily basis to find restaurants, direct me to where I want to go, and do simple Web searches.
The biggest limitation to Siri is its exclusive relationship to my single mobile phone. While I am rarely without my iPhone, it spends most of its life in my pocket and only comes out when it’s needed. While it’s great for the nomadic aspects of my life, it’s less useful when I am at home and don’t want to continually pull a phone in and out of my pocket to ask a question.
That problem of mine is solved by smart speakers. As a geeky guy, I own both an Amazon (Alexa) Echo Dot and a Google Home device, but I expect that most people settle on one or the other. Regardless of the vendor, both are an always-on and easily available alternative to constantly retrieving and replacing my iPhone.
Of course, when people think of smart speakers, they think of consumer devices – things you situate around your house. But why shouldn’t something that is transforming our personal lives not have the same effects in the office? Don’t we already “talk” to our computers by typing on their keyboards? Why can’t we ask them to perform those same transactional commands via our voices?
CloudHawk
As many of my readers already know, I have been immersed in Internet of Things (IoT) technologies for a number of years. Whether it’s a gunshot detecting streetlight or a smart pill that can help find and cure cancer, I see IoT as having enormous potential and becoming a part of every aspect of our lives.
So when I began my love affair with smart speakers, I looked for ways I could combine them with IoT and not only teach myself something new in the process but also identify how this marriage could benefit both consumers and enterprises. Enter CloudHawk.
CloudHawk is a cloud-based IoT platform that allows companies to track delivery vehicles and their assets as they move around the world. Using CloudHawk sensors and tracking devices, an organization can know where their trucks are, how fast they are moving, how long they’ve been sitting idle, what are the conditions of the cargo, and numerous other data points. For example, the ACME Trucking Company can know that truck No. 1234 is 22 miles outside Chicago, driving east at 54 mph, with its refrigerated cargo at a comfortable 24 degrees Fahrenheit.
Like any cloud service worth its salt, CloudHawk exposes a number of RESTful APIs that developers like me can use to build custom solutions that solve unique problems. For this exercise, I used those APIs to create my very own Google Home bot.
Seeing (and Hearing) Is Believing
In the following cheapo-cheapo productions video below, I want you to notice a few things. First, the language processing power of Google Home is extremely impressive. I speak to it in a very natural way and it understands everything I’m saying. It’s more like talking to a co-worker than a machine.
Next, see (or hear) how easy it is for your brain to capture and process the IoT information coming back from CloudHawk when it’s spoken. Personally, I learn faster when I hear something rather than reading it off a screen.
Finally, notice how versatile a smart speaker bot can be. In the second part of the video, I start a conversation on my Google Home and end it on Webex Teams. After a very short time developing my bot, I quickly realized that the number of integrations is limitless. In fact, I’m already looking at the next phase where I add a security layer that provides two-factor authentication in order to protect the IoT data from prying eyes and ears.
Mischief Managed
Imagine the office of the future where the smart speaker will be as common as a stapler. In addition to answering basic day-to-day questions (“Will it rain today?”), the descendants of Alexa and Google Home will assist us in solving complex business problems quickly and easily. I don’t know about you, but I can say “Tell me this month’s forecast numbers” much faster than I can type it.
Without any further noise from me, please take a look at this technology in action. I hope you are impressed by what I consider be a very simple demonstration. Better yet, I hope that many of you will start thinking about your own integrations and how smart speakers can add value to your businesses.
Note: My bot is called “On Guard” and I am currently running it as an alpha deployment. That’s why it is referred to as a “test version.”

Learn more on this topic at Enterprise Connect, coming to Orlando, Fla. the week of March 18. We have a full conference program track on the topic, AI & Speech Technologies. If you haven't yet registered for Enterprise Connect, register now to take advantage of the Early Bird Rate -- ending Friday, February 22. As a No Jitter reader, use code NJPOSTS at checkout to get an extra $200 off!