IBM’s Watson Orchestrate can provide employees with easier access to insightful data while cutting down the tediousness of everyday tasks like scheduling meetings. 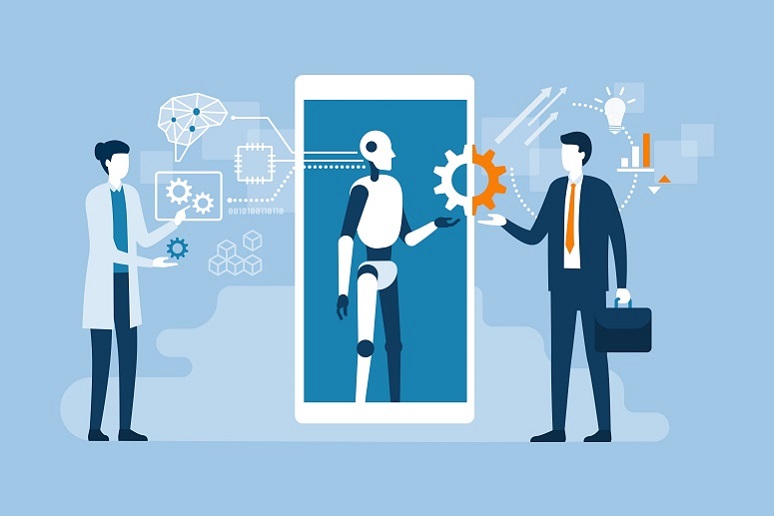 Image: elenabsl - stock.adobe.com
Last month at its Think event, IBM announced Watson Orchestrate, a new AI tool that aims to automate workflows that span multiple products and data sets. I can’t recall the last time I wrote about IBM, as I haven’t seen much innovation out of the company in years, but I thought this was an interesting product.
Rather than relying on a static bot programmed by IT, any person can use the tool to automate business processes and perform tasks like sending emails, scheduling meetings, getting approvals, and more. A way to think of Watson Orchestrate is that it acts as a personal assistant for professionals who can interact with the tool in natural language. Watson Orchestrate selects and sequences the skills needed to perform different tasks by connecting to popular business apps like Salesforce, Slack, SAP, and Workday, as well as collaboration tools like chat, calendar, and email. If everyone had a personal assistant, we wouldn’t need a tool like this, but most of us don’t, and IBM is trying to address that need.
A salesperson, for example, can chat with Watson Orchestrate through Slack to perform various tasks that are specific to their job. At Think, IBM showed a video where a person asked Watson Orchestrate to schedule a meeting with someone else at 2:00 PM on Wednesday. Then, the AI asked the person, “what should the subject say?” The person answered, “discuss quote proposal,” and the bot answered back, “sure thing, email sent.”
That’s a pretty basic use case, but the next example was a bit more complex. The presenter asked the AI to create a quote in Salesforce using a specific document, and Watson Orchestrate performed all of the necessary tasks while connecting together applications, tools, data, and history on the fly.
These tasks aren’t difficult, but they’re time-consuming. It takes a few minutes to do this task and that task, and after a while, these tasks have taken up hours of our workday. That’s why it often seems that we’re constantly busy but barely able to get anything done.
The tool takes on routine tasks and allows professionals to be more productive by removing much of the friction of constantly needing to access information from multiple apps. I recall a study from last year that cited that workers spend about 40% of their time doing nothing but managing work. This number is so high because users are now the integration point for all the apps we use, and IBM is trying to make Watson Orchestrate that.
Going back to the sales scenario, Watson Orchestrate continues to work even when a salesperson isn’t logged into Salesforce by watching an opportunity as it moves to the proposal stage. Watson Orchestrate then reaches out to the salesperson to ask if they need help taking further action on the opportunity.
The tool’s powerful AI engine not only tackles pre-packaged skills, but it also pulls together insights from apps to generate key data that is displayed in an easy-to-read table format. Otherwise, professionals have to manually run reports and move data into spreadsheets — a time-consuming process that still exists at most organizations today.
The biggest value of Watson Orchestrate for organizations lies with large pools of data. Regular professionals can utilize data that was previously inaccessible without the help of data scientists. By using this self-serve tool, professionals have the data that they need at their fingertips to help improve decision-making.
Watson Orchestrate is designed to drive adoption of IBM’s hybrid cloud and AI solutions. Looking back, IBM was the first vendor to roll out a commercial AI product with Watson, but since then, it’s lost that leadership position to AWS, Google, Microsoft, and almost everyone else. I’ve been critical of IBM for not having done more with the head start it had in AI, but it seems to be clawing its way back. A year ago, IBM launched Watson AIOps, which leverages AI, machine learning, and natural language processing to automate IT operations. More recently, the tech giant released a new version of its Cloud Pak for Watson AIOps, which deploys AI across the ITOps toolchain. The latest version brings together different tools for automating tasks like multi-cloud app management.
Whether organizations widely adopt Watson Orchestrate remains to be seen. IBM is still a trusted brand, but it’s lost its shine as an innovator, and getting a tool in the hands of users is an important step in regaining its mojo. For now, it is in preview in IBM Cloud Paks for Automation, with general availability coming later this year. IBM said it will leverage its partner ecosystem to expand the tool’s reach into other popular business systems.

In a recent report, NIST identifies nine factors it deems necessary to create or support user trust when AI is in action. I add another.