As the year plays out, watch for unified communications to continue on its march toward the cloud, mobile platforms and beyond.

We're two weeks into 2015, and that means it's time industry watchers such as myself to step out and make some predictions for what's coming this year. (I thought about revealing my New Year's resolutions, but other than "make fun of Brian Riggs more" I probably won't stick to any of them!) With that being said, here are six UC-related predictions for 2015. 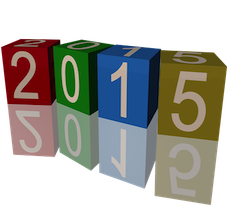 1. This will be the year of Lync partners. In my year-end wrap-up blog, I proclaimed 2014 to be the year that Lync Voice legitimized itself as an enterprise-grade voice system. Microsoft will keep that momentum going into 2015, and many of its partners will hang 10 on the Lync Voice wave. Polycom (handsets, video systems), Plantronics (headsets, USB peripherals) and Sonus Networks (session border controllers) have the most upside today. Aruba Networks (WiFi), Brocade (networking), Smart Technologies (interactive white-boards) and Logitech (peripherals) are likely to gain some upside in 2015.

2. Analytics becomes a bigger part of unified communications. Big data and analytics have been hot IT topics for the better part of five years but have yet to become a significant part of the communications world. I believe that will change in 2015 as enterprise organizations look to understand how UC tools are being used by the business and explore how to improve communications-enabled processes. To do that, organizations will need to collect UC-related data and then run the information through an analytics engine. To date, VOSS Solutions has been the most aggressive vendor, offering business analytics capability for UC through a joint development with ISI Telemanagement Solutions. I fully expect to hear more about analytics this year as vendors look to capitalize on the rich data available through their solutions.

4. Mobile UC will go mainstream. The industry has been talking about mobile UC for a number of years now, but until recently all we'd seen was a bunch of crappy mobile UC clients revamped from desktop products. But vendors, it appears, have finally learned that you can't just reformat desktop stuff and make it mobile. In March 2014, Biba released a great mobile UC client that it showed off at the Enterprise Connect conference. This past fall, Unify launched Circuit (formerly Project Ansible), hitting the nail on the mobile head, as did Cisco with its new Project Squared client. All of these are mobile-first clients , and really can change the way people work. Now that the technology has finally caught up to the marketing, we should see a shift in user preference toward UC on mobile devices. It's nice to see the UC industry finally make it into this century.

5. UC will go back to the future. While 2014 was a big year for the two 800-lb. gorillas in UC, Cisco and Microsoft, it was somewhat of a quiet year of transition for many of the more traditional communications vendors. Siemens Enterprise became Unify in late 2013, and spent much of 2014 building the previously mentioned Circuit. Alcatel-Lucent Enterprise was in limbo with the acquisition by China Huaxin, closed in October 2014. ShoreTel spent the year building a common platform. Mitel went through a significant change in strategy and rebranding, and Polycom was reshaping itself under the leadership of Peter Leav, who joined as CEO in December 2013. Avaya, too, went through a transition, as I wrote in my August post: It's Time to Take a Another Look at Avaya. After a period of transformation, these companies should all be ready to shake, rattle and roll. Expect to see and hear much more from this UC old guard, as these companies look to re-establish themselves in an increasingly crowded market.

6. Cloud services will broaden beyond niches. Specialists have driven cloud UC historically. Some offer great voice services, others provide conferencing platforms, and still others have cloud video offerings. This makes buying cloud UC difficult as it means an enterprise might have to engage three or more cloud providers to get the same functionality as it can from one premises-based solution. I expect to see the cloud UC providers come to market with broader suites and begin to offer one-stop shopping for organizations wanting to shift to the cloud. Cisco's Intercloud strategy should be a significant driver for this as it opens the door for Cisco-powered UC clouds to pop up anywhere in the world with a consistent set of services.

Find me at the upcoming Enterprise Connect conference in Orlando, March 16-19: